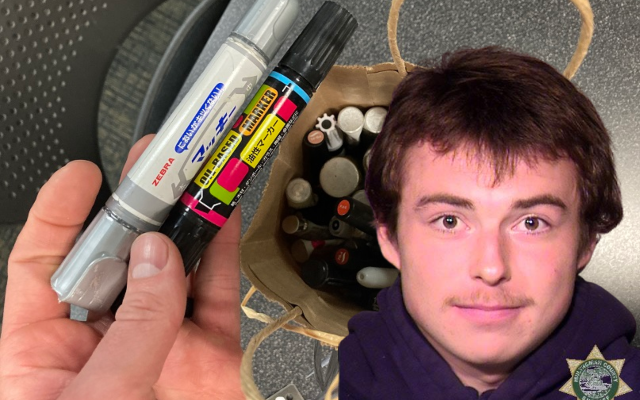 PORTLAND, Ore. — A man who police say is responsible for graffiti that caused tens of thousands of dollars in damage over the past four years across the city is behind bars.

22-year-old Emile Laurent turned himself into police on Monday morning.  He was wanted on a felony warrant after a search warrant in late spring turned up a bag of evidence at his residence.

Prosecutors say Laurent tagged buildings and structures including city property with “TENDO”, believed to be short for “Nintendo”.

The Central Precinct Neighborhood Response Team has been investigating him since February following complaints from the community.

The following is a pending list of locations and the damages.