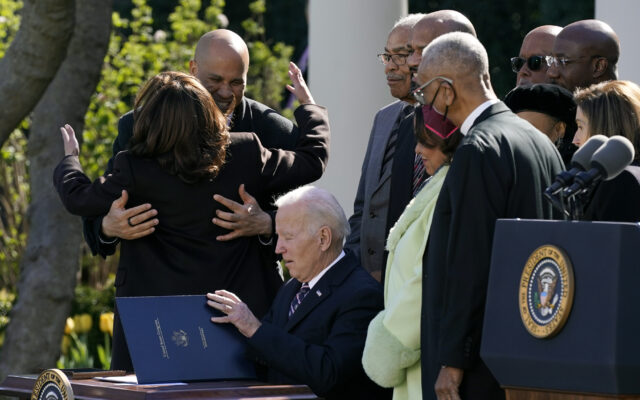 WASHINGTON (AP) – President Joe Biden has signed a bill into law to make lynching a federal hate crime, more than 100 years after such legislation was first proposed.

The Emmett Till Anti-Lynching Act is named after the Black teenager whose killing in Mississippi in the summer of 1955 became a galvanizing moment in the civil rights era.

His grieving mother insisted on an open casket to show everyone how her son had been brutalized.

During remarks in the Rose Garden, Biden stressed how the violent deaths of Black Americans were used to intimidate them and prevent them from voting.

The new law makes it possible to prosecute a crime as a lynching when a conspiracy to commit a hate crime leads to death or serious bodily injury.