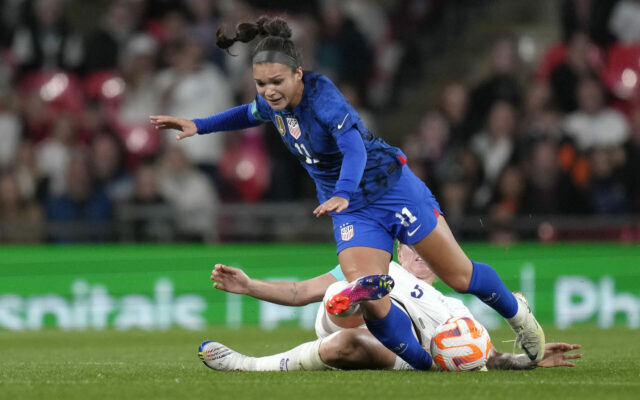 United States' Sophia Smith challenges for the ball with England's Millie Bright, bottom, during the women's friendly soccer match between England and the US at Wembley stadium in London, Friday, Oct. 7, 2022. (AP Photo/Kirsty Wigglesworth)

Smith had 14 goals in 18 matches for the Thorns, setting a team single-season record.

She scored on all three of her penalty kick attempts and had four two-goal games.

The 22-year-old Smith is the youngest ever recipient of the award.

The Thorns play Saturday night against the Kansas City Current for the league championship in Washington, D.C.