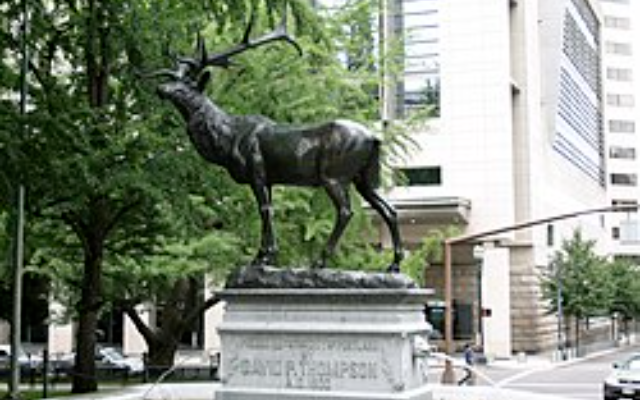 It will also sit atop a large granite fountain.

The City Council voted approval of a resolution to start the process.

The city had previously announced plans to return the elk but they had said it would be placed atop a narrower to make more room for buses, cars and cyclists.

Some city residents protested and that plan was dropped.

The statue and its original fountain were donated to the city by former Mayor David Thompson in 1900 to honor the elk that once roamed the Willamette Valley.