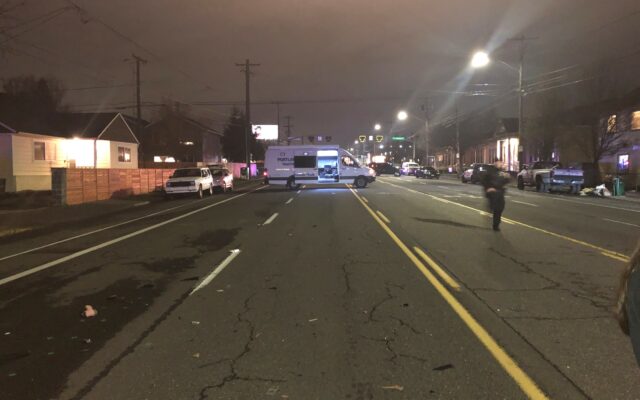 Officers were called to a report of a crash at S.E. 122nd Ave and Tibbitts St.  When they arrived they found a person who had been hit by a car.  Officers and paramedics attempted lifesaving measures, but the person died at the scene.

SE 122nd Ave was closed between Powell and Woodward place during the investigation.

Information about the person hit was not released. The driver involved in the crash is cooperating with the investigation.

Just about 12 hours later, at 7:16 a.m. Friday, Officers were called to Southeast Division and 112th to another crash.

Firefighters and paramedics were working to free people inside a car that hit a telephone pole.

One person inside the car died at the scene, another was seriously injured and taken to the hospital with what police call life threatening injuries.  A third person had minor injuries and was treated on scene.