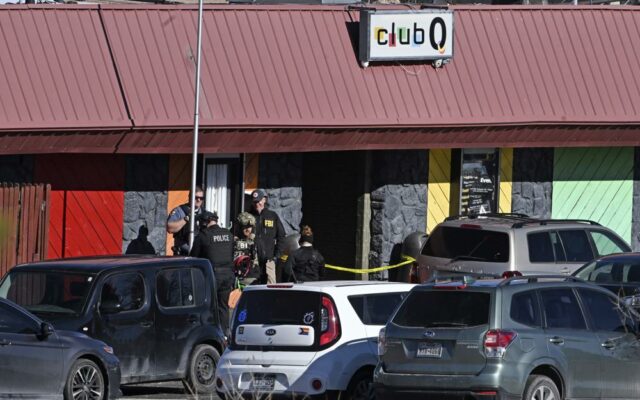 Colorado Springs police, the FBI and others investigate the scene of a shooting at Club Q on Sunday, Nov. 20, 2022 in Colorado Springs, Colo. An attacker opened fire in a gay nightclub late Saturday night. (Helen H. Richardson/The Denver Post via AP)

After a mass shooting killed at least five people at an LGBTQ club in Colorado, Oregonians worry about threats they’re seeing here.

In downtown Portland, Scandals Lounge and Restaurant on Southwest Harvey Milk has served as a safe spot, for the LGBTQ+ community for more than forty years. Owner David Fones, is mourning the lives lost at a similar business in Colorado, saying he’s “Shocked and hurt, saddened and angry and scared.”  “They lost their safe place, and they may never find that again, and we’ve tried really hard to be that safe place, and you realize how fragile that can be,” Fones said.