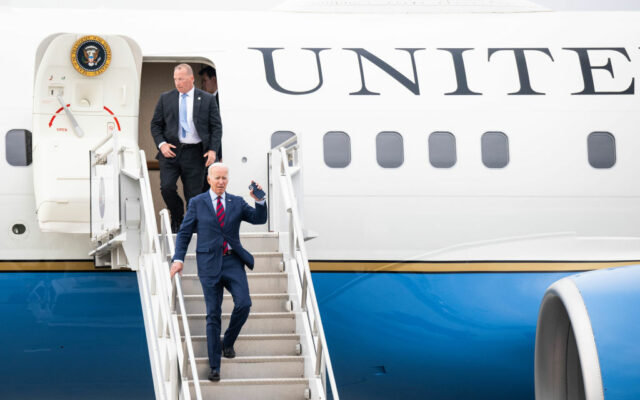 Portland, Ore. — The Portland Police Bureau is warning about traffic delays Friday afternoon, because of President Biden’s visit to Portland. It could impact freeways on an already busy Friday. Biden will attend an event for grassroots volunteers of the Democratic party. On Saturday, he’ll be at a reception for Democratic Gubernatorial Candidate Tina Kotek where he’ll also deliver remarks about lower costs for American families.

Portland Police said Thursday night the time window of the President’s visit will have the broadest impact on the transportation system, late Friday afternoon and early afternoon on Saturday.

For security reasons, the exact closure areas are not being disclosed at this time. However, the events are expected to impact major freeways, access roads around Portland International Airport, in Southeast Portland, in Northeast Portland, and in Downtown Portland. The Portland Police Bureau will provide real-time updates, as appropriate, on our Twitter page https://twitter.com/PortlandPolice .

At times, some streets, sidewalks, and bike lanes will be closed. Transit and Streetcar lines may be affected. Most large-scale impacts, such as closures of major freeways and arterials, are expected to be short in duration, likely not exceeding 30 minutes. However, in Downtown Portland, some roads and transit lines will be closed early in the morning in preparation for the president’s arrival and will remain closed until after departure.

The Portland Bureau of Transportation (PBOT) is encouraging people to work from home (if possible) or ride a bicycle in to work to avoid being stuck in some of the vehicular traffic and transit delays.

TriMet is encouraging riders to plan ahead for major delays and disruptions, especially in downtown Portland. All MAX lines and some bus lines will be disrupted in downtown, and the MAX Red Line will experience major delays into and out of Portland International Airport when the President arrives and departs. Police will instruct buses and trains to hold at other locations for an indefinite period of time whenever the President or his motorcade is nearby. For service information go to https://trimet.org .

The Portland Police Bureau is increasing staffing to accommodate the visit, and the precincts will be staffed to respond to emergencies. There may be increased delays in response to non-emergency calls, and we appreciate the patience of our community. For crime reports, many of them can be filed on our website: https://www.portland.gov/police . If a community member has a non-emergency call that cannot be reported online, they’re asked to call and request an officer at a later time.