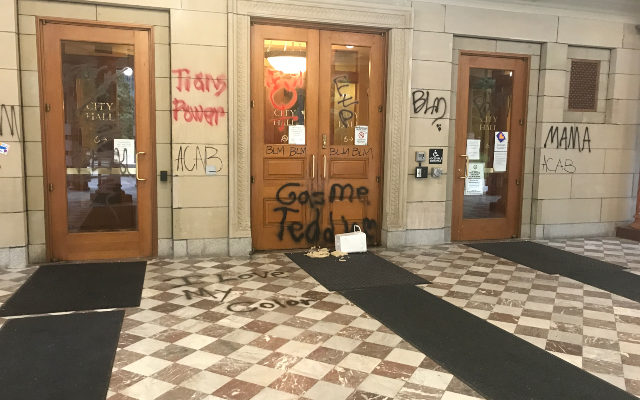 PORTLAND, Ore. (AP) – The president  of the police union in Portland, Oregon, says he has “no confidence” that city leaders will move to stop the nightly violent protests that have wracked the Northwest city.

Protesters in Portland have demonstrated for 41 consecutive nights following the death of George Floyd and are increasingly focusing their actions on federal properties in the city’s downtown core, including the Hatfield Federal Courthouse.