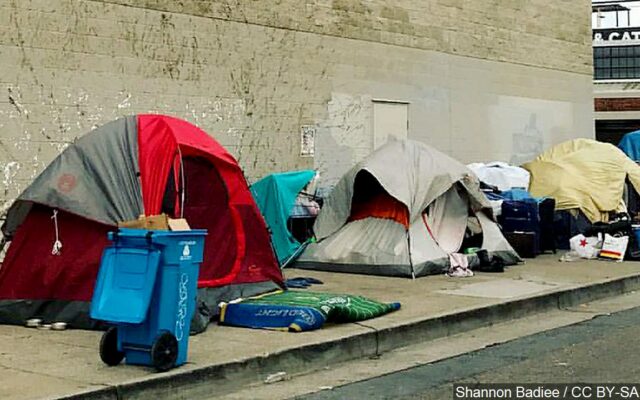 PORTLAND, Ore– Workers with the U.S. Geological Survey aired their frustrations at a Portland City Council Meeting Wednesday.  They say it’s hard to even get into the building located at the South end of the PSU campus.  Homeless are blocking the area.  No sooner do they get moved away, and they’re back again. Employees are tripping over garbage, feces, used needles and other drug related items.  Last year a propane tank exploded in front of the building shattering several windows.

City commissioners appeared to be sympathetic and saying they would try to do something about the situation.  The testimony comes just a few days after a Portland Business Alliance Survey which polled 500 voters.  88 percent said livability has worsened in the city. 44 % indicated Homelessness was a major issue.