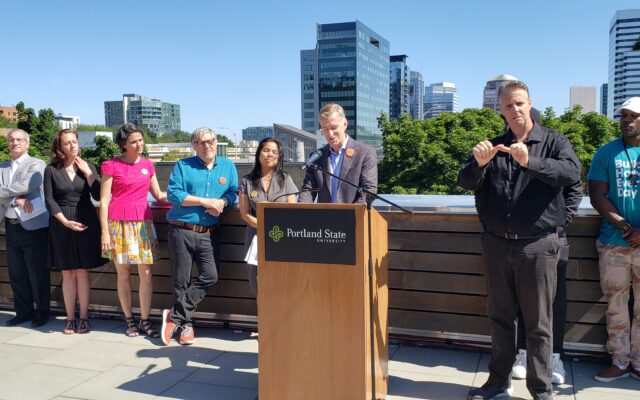 PORTLAND, Ore– Mayor Ted Wheeler announced a weekend of activity in downtown  Portland.  Free concerts and events will happen  in the downtown core.  Foot traffic is starting to pick up now following the pandemic.   Stores have begun to reopen and efforts have picked up to keep the city clean and safe.  Hotels have reported more bookings, about 70 percent of pre-pandemic levels.  While reporters expressed concerns over gun violence the Mayor downplayed that, even with 7 people shot and one dying  on S.W. 3rd last weekend .  There have been 50 homicides in Portland in 2021.

As to the Coronavirus and a variant, the Mayor did not seem to be worried about large gatherings at Pioneer Square or elsewhere this weekend.  He said, “The city is looking to Multnomah County Health for guidance. ”  If masks need to be worn again city officials will abide by that.