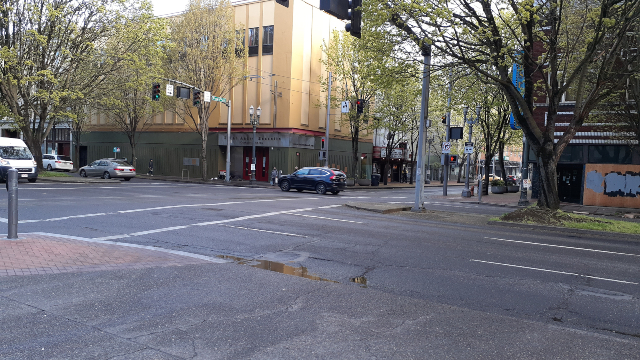 PORTLAND, Ore. — Mayor Ted Wheeler on Tuesday morning announced a dedicated 7-member police unit to patrol the Old Town neighborhood of NW Portland, an area of the city that has seen nearly 950 crimes reported in the first seven months of the year and seven homicides.

The Mayor says a lot of people are returning to bars and clubs in the entertainment district.  The area is suffering from high levels of violence that peaks on the weekends.

“As we emerge from the pandemic, the crowds in Old Town have returned by the tens of thousands,” said Mayor Wheeler at a press conference.

The unit will have six officers and one sergeant.  They are being pulled from other patrol routes.  The unit was discontinued early in the pandemic because of businesses shutting down.  The team will begin their patrols on Thursday.

Police have the authority to close streets to vehicles from 1st and 5th Avenue between West Burnside and Everett Street on Friday and Saturday nights.  The city will add lighting to the area as well.

The seven homicides include five shootings, an assault and stabbing.

Police stats show more than 200 thefts, about 200 assaults, 196 cases of vandalism, 100 drug offenses, 66 stolen vehicles, 37 weapons violations and 33 robberies between January and July.  Stats for August and September are not yet available.