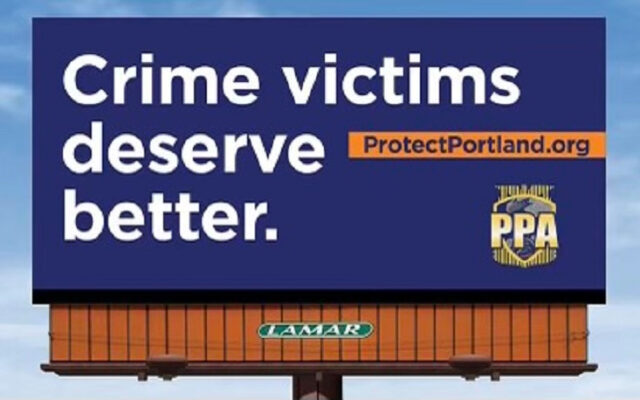 PORTLAND, Ore– In an effort to get Portland City leaders to see the need for more police and to better fund them, the Portland Police Union is behind a billboard campaign that promotes public safety over politics.

Defunding the police in the Rose City has taken its toll in the form of more gun violence, slow response times, and more officers leaving the bureau over a lack of leadership support.  this is an opportunity for the citizens of Portland to Chime in and let the city know what they think about cutting back on police.

The billboards will be strategically placed around town.  Some says, ” “Put Politics Aside. Put Public Safety First” others “Crime Victims Deserve Better” “Do You Feel Safe in Portland?”

Portlanders can support police efforts by signing a petition on the PPA Website.

The union wants enough officers to be able to prevent crimes, respond to calls in a shorter period of time, and address the surge in gun violence. More information at ProtectPortland.org