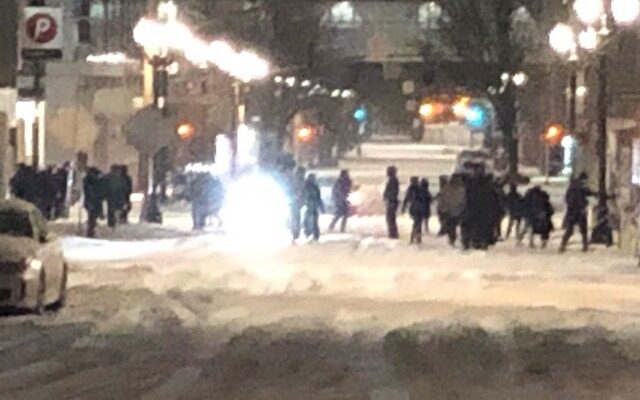 Police say a small protest Friday evening lead to delays in police response and as well as to some broken windows in Downtown Portland.

Police say around 8:00p.m., a protest of about 30-50 people gathered at Director Park on Southwest Park Avenue.

The group marched to the Central Precinct where police say they began throwing objects at officers and yelling at officers.

According to Portland Police, “There were police vehicles parked outside the precinct. As officers went out to move their cars in an effort to prevent them from being damaged, the officers were pelted with icy snowballs by participants.”

Police say that in an effort to avoid confrontation and due to lack of resources officers stayed out of sight as much as possible.

Officers say they did however monitor the situation.

According to police, “While officers were occupied with that, there were calls stacking up in the precinct, including numerous calls for welfare checks on houseless community members who were exposed to the frigid weather. Among other duties, officers were facilitating getting those individuals to warming shelters if they wished.”

Police say that when officers from other precincts came to access the intake for the Multnomah County Detention Center the group surrounded their cars.

According to police around 10:45 the group went for a short march. 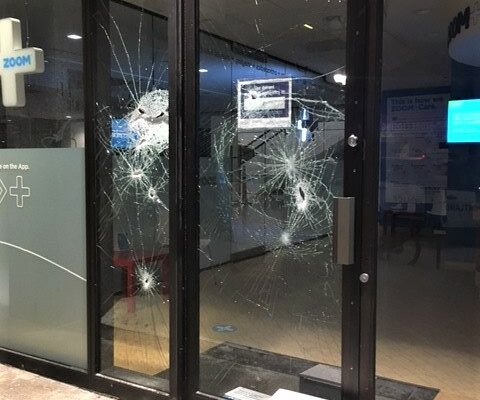 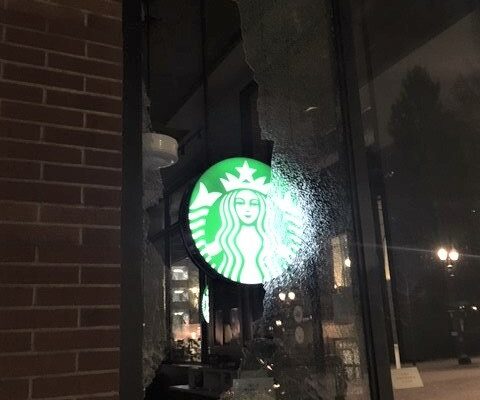