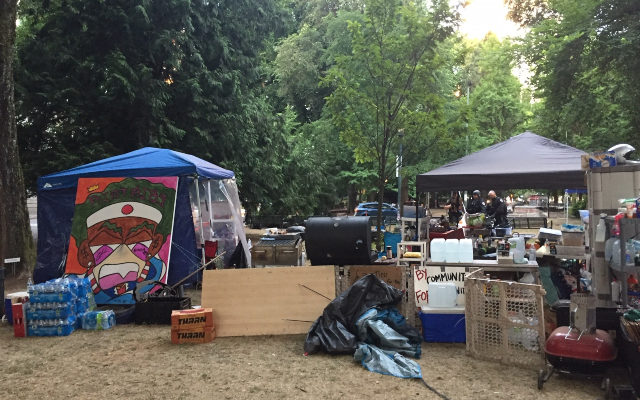 PORTLAND, Ore. — Just after 5:00am on Thursday morning, police ordered everyone occupying Chapman and Lownsdale Square Parks to leave after the Portland Bureau of Parks and Recreation closed the parks.

Officers gave a 10 minute warning and announced shortly thereafter that the parks were cleared.  Nine people between the ages of 18 and 36 were arrested.

Chapman Square Park and Lownsdale Square Park are closed to the public. Everyone must vacate to the north beyond the sidewalk or be subject to arrest for trespassing and subject to use of force. This order includes journalists. The park is closed. Everyone has 10 minutes to leave

The sidewalks surrounding the parks are also off limits.  Anyone who violates orders are subject to arrest and use of force.

The streets around Lownsdale Square Park and Chapman Square Park are open to traffic. Those who enter the street or block traffic are subject to arrest and use of force. Please remain on sidewalks.

Items including shields and fireworks were removed. 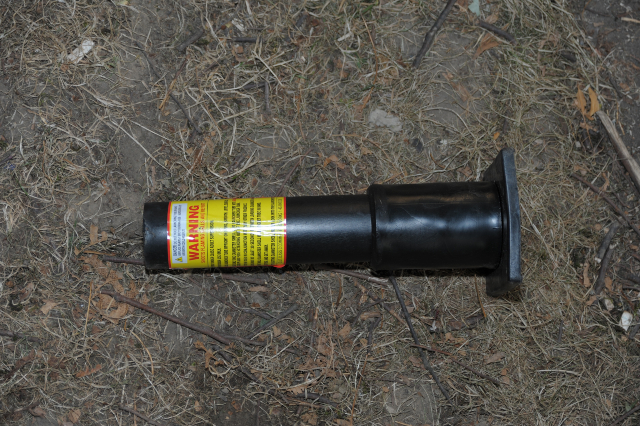 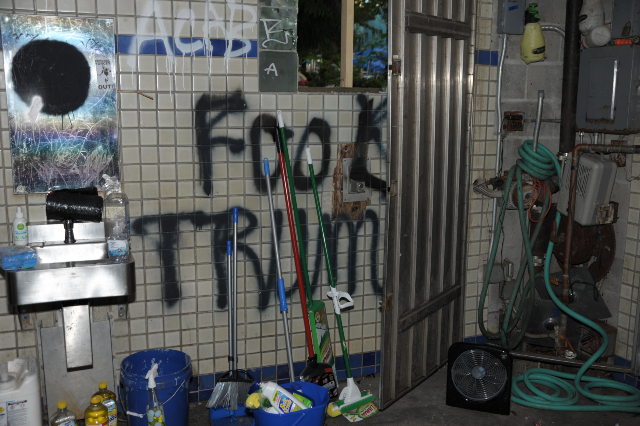 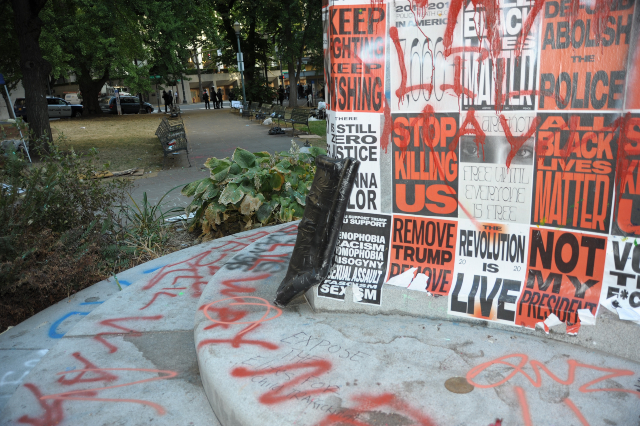 The fountain between the parks on Southwest Main Street between 3rd and 4th Avenues was set on fire. 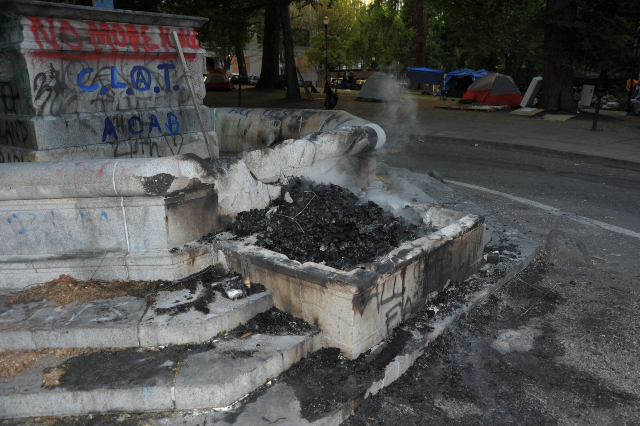 Campers had occupied the parks for about 24 hours.