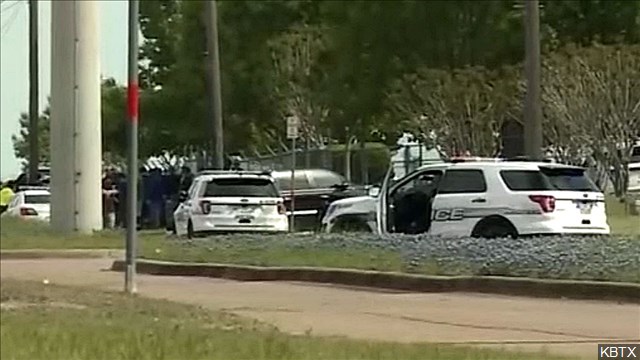 BRYAN, Texas (AP) – Police say multiple people have been hurt in a shooting at a business in Bryan, Texas, and that the shooter is not in custody. Bryan Police Lt. Jason James said Thursday afternoon that several people were wounded. He did not provide an exact count of those injured and didn’t know whether anyone was killed. James said employees of the business are being interviewed. He says witnesses had identified a suspect. James said those who were hurt were taken to a hospital. Police are looking for the suspect. But James could not describe that person.