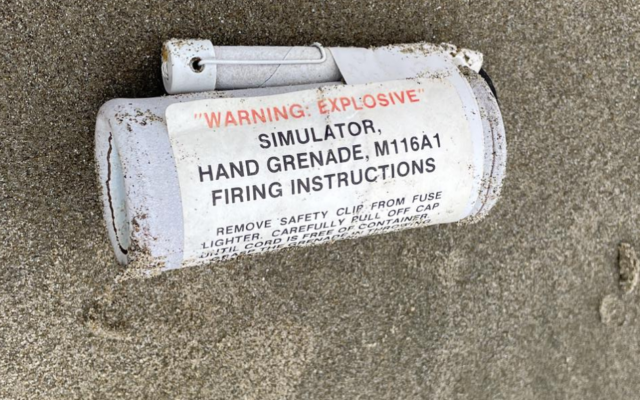 NEWPORT, Ore. -Three devices that appear to be explosives washed ashore on a Newport beach Tuesday.

They’re white and have a label attached to them that reads “Warning Explosive”.

They also clearly state that they’re a Simulator Hand Grenade.

A bomb squad took care of the devices.

But if you see one, call police right away.