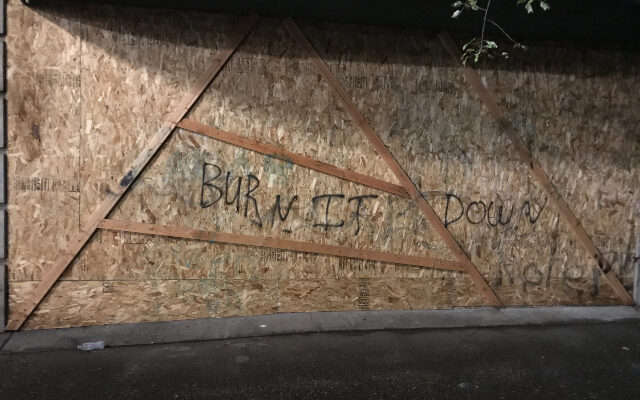 PORTLAND, Ore. — After weeks of calm on the streets of Portland, protesters returned on Wednesday night following a grand jury’s decision in Kentucky not to indict three police officers on criminal charges in the death of Breonna Taylor.

Two Louisville Police officers were shot and nearly 100 people were arrested in Louisville during a protest following the decision.

In Portland, a riot was declared within 30 minutes and thirteen people were arrested.  The Multnomah County District Attorney’s Office released information this afternoon on three of the people facing charges.  Those arrested are accused of riot, unlawful possession of a destructive device and arson.

Molotov cocktails and other items were thrown at officers and green lasers, which cause permanent eye damage, were shined at police.  Protesters broke windows, vandalized the Multnomah County Justice Center and lit fires.

One explosive device struck an officer in the foot.  A paramedic was able to put it out before causing serious injury.  Three officers were injured while dispersing the crowd.

Demonstrators threw rocks at the Portland Police Bureau’s Central Precinct, shattering windows above the entrance.  High-velocity projectiles were slung through the broken glass using slingshots and a group tried to break through the doors. 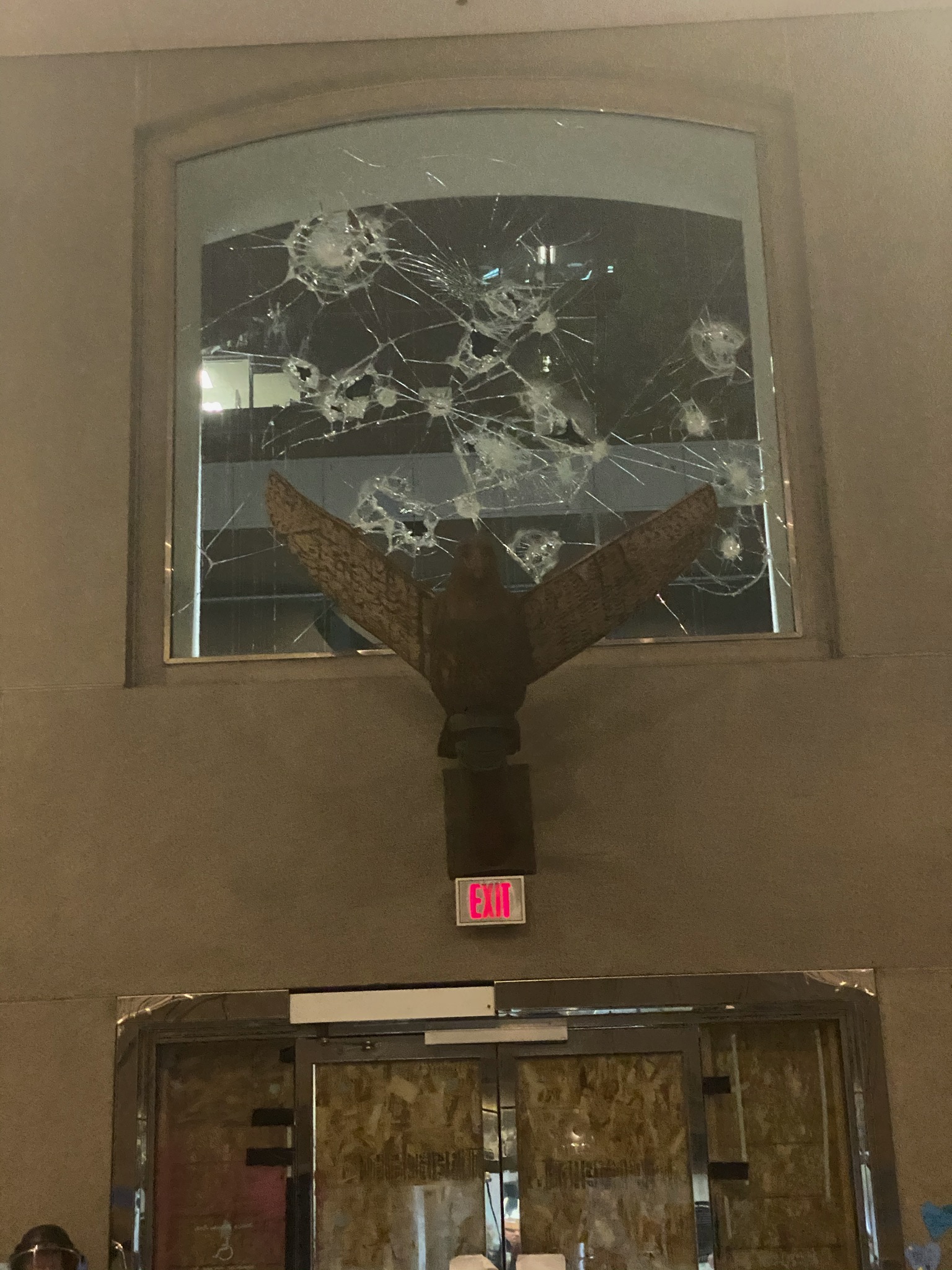 As FM News 101 KXL reported last week, Portland Police told us there were not many gatherings or marches they needed to intervene in since wildfire smoke covered the area.