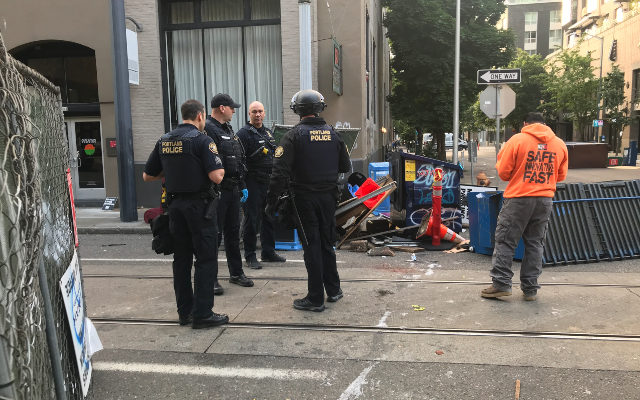 PORTLAND, Ore. — Police moved in on Thursday morning to break up a so-called “autonomous zone” in the Pearl District after protesters set-up camp overnight at Northwest 10th and Glisan.

Around 5:30, police declared a civil disturbance and unlawful assembly.  The area of NW 11th to Park Avenue between Irving and Everett Street was closed with residents told to shelter inside.  Service on the Portland Streetcar was also affected.

Officers are clearing the closed area. Arrests are being made. Leave the area immediately or you are subject to arrest or force. Residents in the area shelter in place.

Police arrested a woman who wouldn’t leave the area and resisted officers.

This area is outside the residence of Portland Mayor Ted Wheeler.  Protesters are calling for him to resign after Wednesday’s budget vote to strip the police bureau of $15 Million in funding. 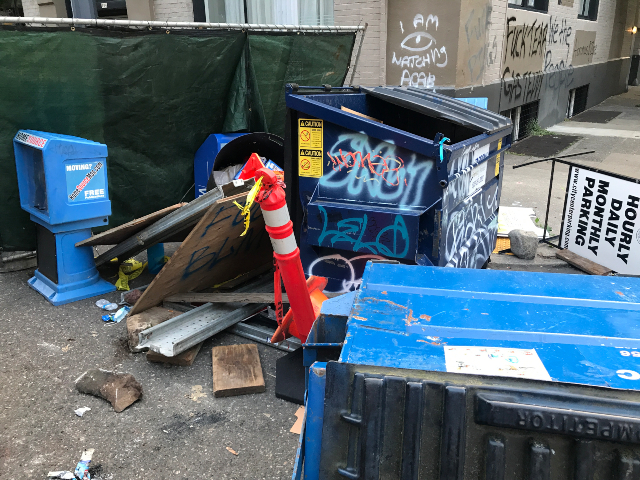 Protesters sprayed graffiti in the area and crews were out cleaning it up following the sweep.

“I am proud of our PPB officers and command staff who carefully and safely dispersed this unlawful assembly,” said Police Chief Chuck Lovell.  “The actions taken by some to barricade City streets and begin the creation of an autonomous zone caused great concern for public safety.  Emergency responders need to be able to respond to critical life safety calls.  There are acceptable ways to express first amendment rights and this was beyond the threshold for what is acceptable for Portland.”