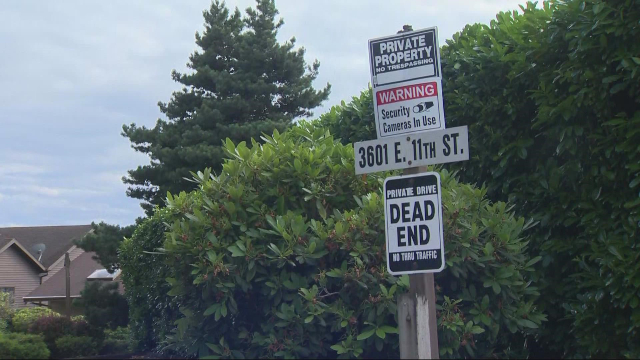 VANCOUVER, Wash. — Court records show that a shooting at a house party that took the lives of two teens and seriously wounded two others early on the morning of July 17th was likely gang-related.

Officers responded to a residence on East 11th Street near McLoughlin Blvd. after 1:00am where more than 70 people had gathered for a celebration before some of the attendees left for college.

Witnesses say there was a verbal altercation between attendees that escalated.  One witness told police she heard someone ask, “Who’s a Hoover?”, the name of a Portland-area gang.

The Clark County Medical Examiner says 19-year-old Alexander Castagnoli died from a gunshot wound to the torso.  18-year-old Amadou Keita died from several gunshot wounds.  A 17-year-old boy and a 19-year-old man were injured.  All four are from Portland.  One of the survivors is identified as a member of a rival gang, Six Deuce Crips, who refused to answer questions from detectives.

An affidavit states that a loaded pistol in a backpack left at the scene is believed to have been used in a shooting in Gresham earlier in the month.

Witnesses have provided limited information on the shooter.  Detectives are asking more of them to come forward and to help identify this man.