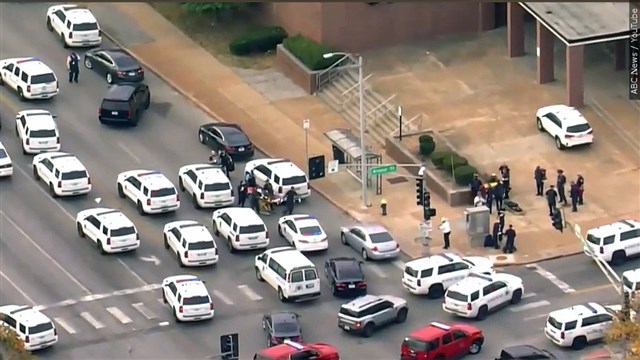 ST. LOUIS (AP) – Police say the 19-year-old gunman who killed a teacher and a 15-year-old girl at a St. Louis high school was armed with an AR-15-style rifle and what appeared to be more than 600 rounds of ammunition.

Orlando Harris also left behind a hand-written note offering his explanation for the shooting Monday at Central Visual and Performing Arts High School.

The attack forced students to barricade doors and huddle in classroom corners, jump from windows and run out of the building to seek safety.

Police killed Harris in an exchange of gunfire.