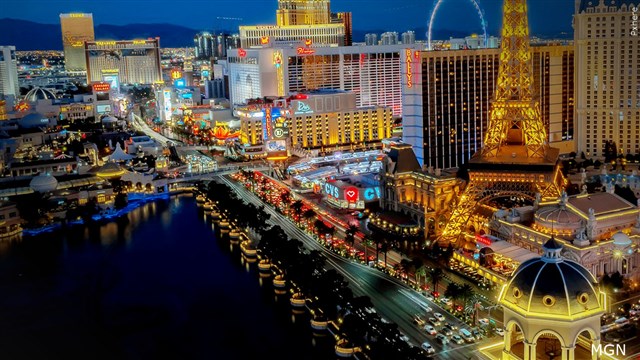 LAS VEGAS (AP) – A man with a large kitchen knife who terrorized tourists and locals on the Las Vegas Strip in a stabbing rampage that left two people dead and six others wounded will be charged with murder.

The 32-year-old suspect had his initial court appearance.

He wore a dark blue jumpsuit and orange hand restraints.

It was not immediately clear if he had an attorney who could comment on his behalf. He will be arraigned next week.