Pipeline Hit By Cyberattack Could Be Back By Week’s End 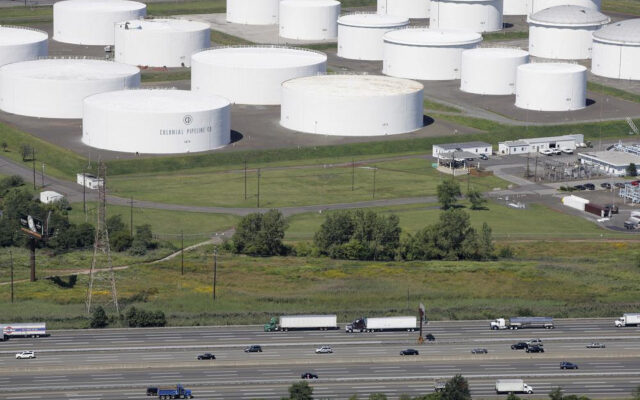 WASHINGTON (AP) — The operator of a major U.S. pipeline hit by a cyberattack said Monday it hopes to have service mostly restored by the end of the week.

Colonial Pipeline offered the update after revealing that it had halted operations because of a ransomware attack the FBI has linked to a criminal gang.

The ransomware attack on the pipeline, which the company says delivers roughly 45% of fuel consumed on the U.S. East Coast, raised concerns that supplies of gasoline, jet fuel and diesel could be disrupted in parts of the region if the disruption continues.

At the moment, though, officials said there is no fuel shortage.

The Colonial Pipeline transports gasoline and other fuel through 10 states between Texas and New Jersey, according to the company.

Colonial is in the process of restarting portions of its network. It said Sunday that its main pipeline remained offline, but that some smaller lines were operational. The company has not said when it would completely restart the pipeline.

“The time of the outage is now approaching critical levels and if it continues to remain down we do expect an increase in East Coast gasoline and diesel prices,” said Debnil Chowdhury, IHS Markit Executive Director. The last time there was an outage of this magnitude was in 2016, he said, when gas prices rose 15 to 20 cents per gallon. But the Northeast had significantly more local refining capacity at that time, potentially intensifying any impact.

Meanwhile, the FBI on Monday said the ransomware attack had been carried out by a criminal gang known as DarkSide, which cultivates a Robin Hood image of stealing from corporations and giving a cut to charity.

In response to the attack, the Biden administration loosened regulations for the transport of petroleum products on highways as part of an “all-hands-on-deck” effort to avoid disruptions in the fuel supply.

If the pipeline outage persists, the industry may want to turn to barges to transport fuel, but that could require a waiver of the Jones Act, a U.S. maritime law that requires products shipped between U.S. ports to be moved by American-flagged ships.

The pipeline utilizes both common and custom technology systems, which could complicate efforts to bring the entire network back online, according to analysts at Third Bridge.

Gasoline futures ticked higher Monday. Futures for crude and fuel, prices that traders pay for contracts for delivery at some point in the future, typically begin to rise each year as the driving season approaches. The price you pay at the gas pump tends to follow.

The average U.S. price of regular-grade gasoline has jumped 6 cents over the past two weeks, to $3.02 per gallon, which is $1.05 higher than it was a year ago. Those year- ago numbers are skewed somewhat because the nation was going into lockdown due to the pandemic.

The attack on the Colonial Pipeline could exacerbate the upward pressure on prices if it is unresolved for a period of time.