Part of Portland’s Eastbank Esplanade Closed Due To High Water 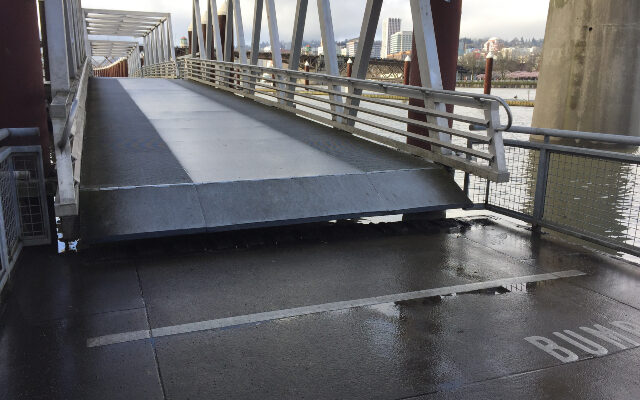 PORTLAND, Ore. — Part of the Eastbank Esplanade along the Willamette River will be closed a few more days for safety.  The floating portion of the path from north of the Morrison Bridge to south of the Steel Bridge is closed through at least Friday.

The Eastbank Esplanade is a 1½ mile-long path for bicyclists, pedestrians and people using mobility devices.

Portland Parks and Recreation officials monitor the National Oceanic and Atmospheric Administration, which expected the Willamette River to rise to a threshold necessary to temporarily close the floating portion on Sunday.

As the water rises from recent rains, it has lifted the floating path so that the connecting portions between the bridge and fixed, concrete sidewalk have created an obstacle. 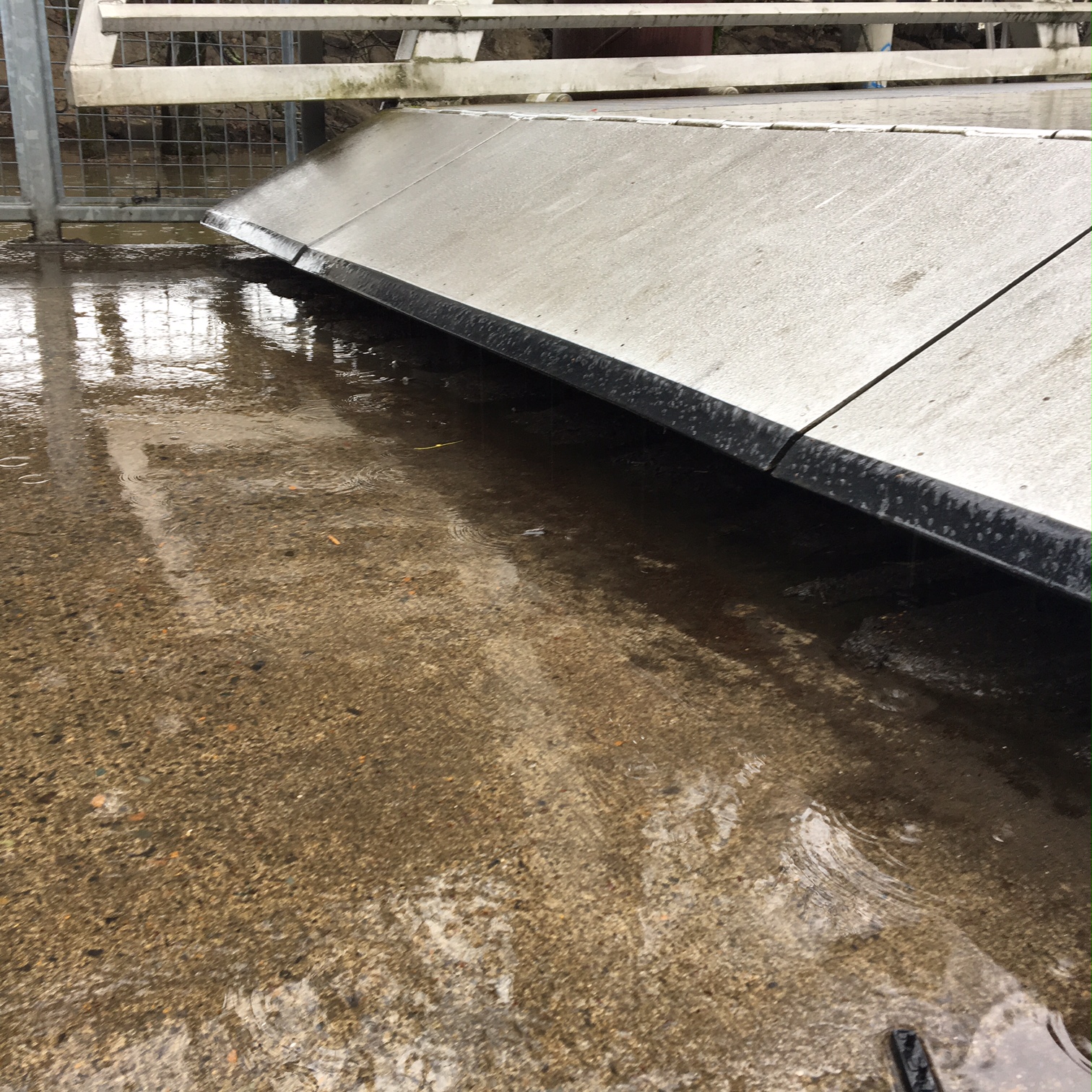 The city hoped the water levels would recede enough by Wednesday, but it’s still over 15′.  Signs and fencing mark the closed areas.

The Esplanade transitions from a sidewalk to a 1,200′ wooden deck over water beneath the Burnside Bridge on both sides.  It’s one of the longest of its kind in the United States.