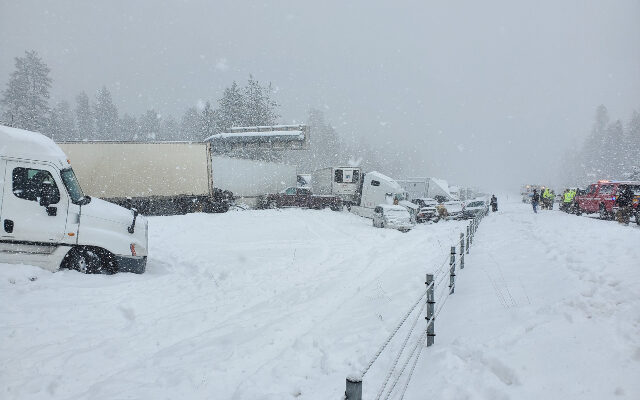 PENDLETON, Ore. — Interstate 84 is back open in Eastern Oregon after several pile-ups involving over 170 vehicles on Monday afternoon.

More than a dozen people were taken to the hospital.  Over 70 were bussed to a reunification center at the Pendleton Convention Center.

Keith Biggs was trying to get home to Portland when he saw it and then became one of the victims himself.  “Quite frightening, and I was pinned in,” Biggs told our news partner KGW.  Once he climbed out through the sunroof, he couldn’t believe what he saw all around him.

It was a scene of mangled steel, semis overturned, and people trapped with nowhere to go.

Multiple agencies worked all night to clear the freeway between Pendleton and La Grande.   The conditions on I-84 are still treacherous due to extreme winter road conditions.