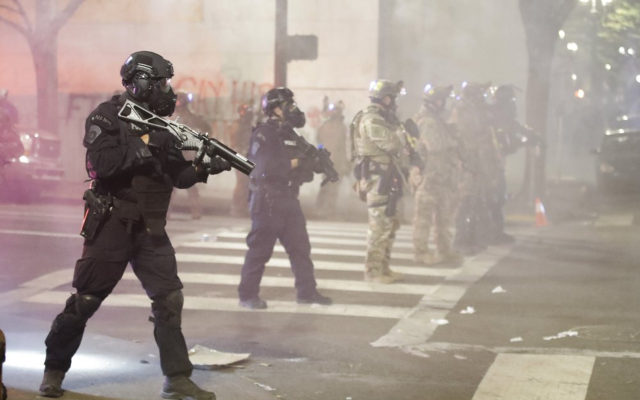 PORTLAND, Ore. — A big change is coming in how Portland demonstrations will be policed.  Oregon State Police troopers have been deputized by the U.S. Marshals Service, giving them the option to charge those arrested with federal charges.

State troopers are being brought back to town as part of Governor Kate Brown’s plan to bring an end to the violence in Portland.  The move was approved by the Governor.

OSP says: “to meet the governor’s charge of bringing violence to an end, we will use all lawful methods at our disposal”.

This move comes in response to Multnomah County District Attorney Mike Schmidt saying his office will not prosecute most of the crimes being committed during protests.

“It means that the charges may be considered either by the local authority of the United States Attorney’s Office, which under Billy Williams and the Federal Government have made it clear that they will prosecute,” former Clatsop County District Attorney Josh Marquis told FM News 101.