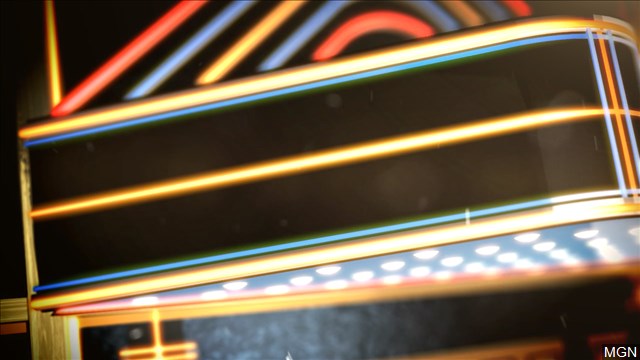 Portland, Ore. – When you think of film production in Oregon you likely think of all-time classics like “The Goonies” or “Animal House.” But it doesn’t start or end there. The state has a strong history of film production and continues to invest in the industry to ensure it continues to thrive and give opportunities to the next generation of creators.

“Film production has been in Oregon, longer than it has in California. Our first production here was in 1908 up in Astoria. There were silent film studios established here before they were in California. Buster Keaton famously shot ‘The General’ outside of Eugene in Cottage Grove back in 1926,” said Tim Williams, the executive director of Oregon Film, which is the state media and film economic development office.  “The industry itself in Oregon, has grown over the last 20-25 years quite steadily.”

It’s Williams job to connect the state with major studios, such as Paramount, CBS and Netflix to bring major productions here; contact studios that have already worked here to bring them back, and to work with the local industry to make sure it stays here.

“Oregon has always been a quiet hub for the industry,” Williams added. “There’s always been growth here and there’s always been a very strong creative community that is creating content here in Oregon. And it has changed relatively rapid with the times. Because of the size of Portland or Oregon, we’re never going to be as big as those other hubs, but we hold our own.”

Now, new data is echoing what Williams is saying about the growth of film and media production in the state. According to the U.S. Bureau of Labor Statistics, overall employment of broadcast, sound and video technicians is projected to grow 21% from 2020 to 2030, much faster than the average for all occupations. This includes 16% for special effects artists and animators and 29% for film editors and camera operators. The Oregon Employment Department also saw growth in employment in motion picture and video production within the last decade. Seeing jobs grow by approximately 90% in the field and an increase in wages by 126%.

Williams says Oregon has been able to continue to bring in productions and support growth within the industry thanks to in-state talent.

“Having locally grown people that know how to do this and are trained in the various aspects of film production, because there are so many different positions. Artisanal roles, and construction, and electric, and grip positions, etc. all on a film set,” Williams said. “PCC’s (Portland Community College) program is growing again. Southern Oregon University also has a very good program, as does PSU (Portland State University), CCC (Clackamas Community College) has a good program. Looking to those places and making sure they have connections to the industry, that they have the information they need to keep these courses current is very important to ensure that not only do we have an experienced workforce here in Oregon, that has done it for a long time, but also so new people have access points into the industry.”

PCC is aware of the boom in Oregon’s film and multimedia industry and is adapting as technology changes to make sure its students are ready for the jobs that come with this growth. The school recently announced its new video production and emerging media degree to give students hands-on, project-based experience to learn the skills necessary.

“The employment prospects in general, for the film and video industry, and adjacent industries, are pretty strong,” says PCC video production instructor Seth Bloombaum. “Online distribution (streaming) has enabled so many more stories to be available to us. It seems like the whole industry is growing, and part of that growth is taking place on consumer oriented platforms like YouTube and Twitch.”

Bloombaum agrees with Williams, that Oregon, and Portland specifically, punches above its weight in terms of film production. He adds another reason for the expansion of their program at PCC is to support local film production and animation studios.

“Over the last year or so, we have dramatically updated that two-year degree. Especially to include emerging media technologies like drone videography and 360-still photography and video,” Bloombaum said. “We always feel like we have more to do to catchup with where our students and where the broader society is going. This new degree really reflects that.”

Like Williams credits the local universities for the thriving production industry, Bloombaum credits Film Oregon for creating great opportunities for students after graduation.

“We attract out-of-state film production,” Bloombaum continues. “We’ve all seen programs on TV that were filmed in Oregon. And this has meant lots of opportunities, not only for individuals looking for employment in film and video but also for the supporting companies. It’s really supported growth of the industry locally. Where now we have studios, especially in the area of animation, but also other areas of film production, that are working on projects that receive worldwide distribution.”

As Bloombaum mentioned, animation really has been a major driver of Oregon’s film industry. Williams calls Oregon, anecdotally, the stop-motion animation capital of the World.

“That started back in the 1970s with Will Vinton and Will Vinton Studios, who created the California Raisin ads among other things,” Williams said. “That morphed into LAIKA (headquartered in Hillsboro) which has had five films over the last 10 years, all of them have been nominated for an academy award.”

There’s a number of major productions either recently released or currently in production in Oregon: the TV show “Shrill” and films include “First Cow,” Nicolas Cage’s “Pig,” Guillermo Del Toro is making Pinocchio here and Keegan Michael Key and Jordan Peele are working on a production called “Wendell & Wild.”