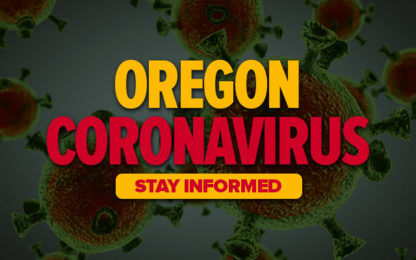 PORTLAND, Ore. — Oregon reported another day of more than 1,000 new confirmed and presumptive cases of COVID-19 and 19 more deaths.

The state’s death toll stands at 1,468.  The youngest victim was a 45-year-old woman from Washington County; and the oldest was a 100 year-old woman in Lane County.  Most all of them had underlying health conditions.  They died between December 14th and this past Monday.

Cases for the week of December 21st to 27th decreased by 22% from the previous week, the third consecutive week of declines.  The number of deaths were also the lowest in four weeks.

There are six fewer people hospitalized (521) than yesterday and nine fewer in ICU (110).  Hospitalizations statewide were down 23% for the week.

The Oregon Health Authority reports that 54% of positive cases are people ages 20 to 49.  Those 70 and older account for 77% of deaths associated with the virus.

More than 31,000 patients and staff at hospitals and long-term care facilities in the state have received the first doses of the vaccine as of Tuesday.