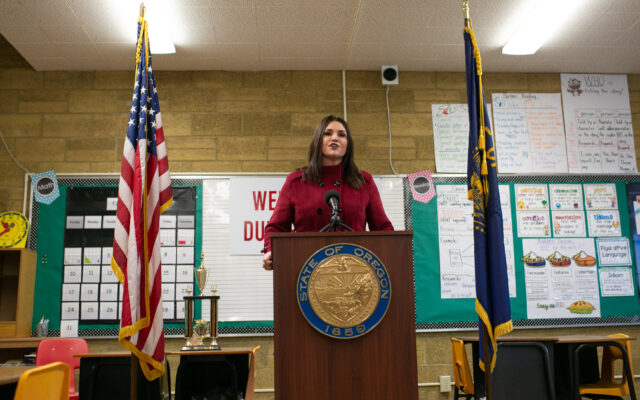 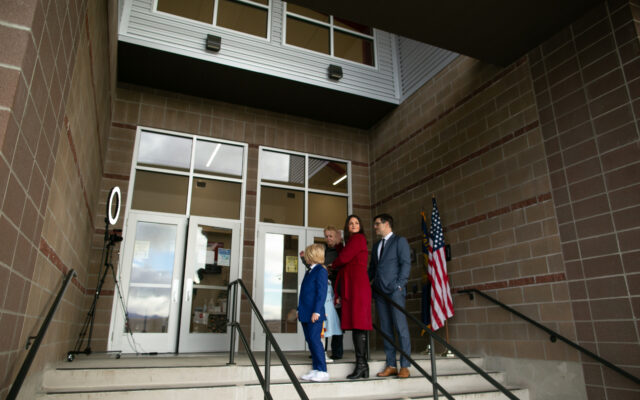 Secretary Fagan bucked tradition for her oath of office.

Instead of taking it at the State Capitol, she instead chose Dufur School,”This was Mr. Wagner’s classroom….I traveled from this room to Portland and became a chess champion…for the first time…I knew I was going to be OK.”

Here’s more from the Secretary:

DUFUR, Ore. — Secretary of State Shemia Fagan was sworn in today at a small, private ceremony in Dufur, Oregon. Joined by her two children, her fiance, and her aunt who lives with them. Secretary Fagan’s oath was administered on the steps of Dufur School by Judge Janet Stauffer, a Dufur resident. Secretary Fagan later delivered her inaugural remarks from her Fourth Grade classroom, a location of particular significance in Fagan’s journey.

“I want to thank Oregonians for trusting me to be their guardian of democracy. Our communities are facing multiple crises that threaten their lives and livelihoods. Oregonians deserve an ‘all hands on deck’ approach from their leaders. They will get that from me. As your Secretary of State, I am eager to get to work,” said Secretary Fagan who, at 39, will be the youngest woman to ever serve as Oregon Secretary of State and the youngest Oregon statewide elected official in a generation.

Raised by a single father in Dufur and The Dalles, Secretary Fagan struggled early on, both at home and at school. Recognizing Fagan’s obstacles and her potential, her fourth grade teacher at Dufur school invited Fagan to join his after school chess club. That spring, Fagan represented Dufur at the Oregon State Chess Tournament and won the state championship for her division, the first girl to ever do so. These formative experiences inspired Secretary Fagan to choose Dufur School for her historic swearing in ceremony.

Fagan was chosen by Oregon voters this November in the highest turnout election in Oregon history. Oregon’s 36 counties successfully oversaw ballots returned by more than 2.4 million Oregonians, for a record high turnout of 82%.

After putting herself through college and law school, Secretary Fagan has dedicated her life to public service. She has served on the David-Douglas School Board, two terms in the Oregon House, and was midway through a term in the Oregon Senate when voters elected her to the state’s second highest office this November.

Secretary Fagan brief swearing in remarks can be found here.

The Secretary of State is one of three constitutional offices established at statehood and is the auditor of public accounts, chief elections officer, public records administrator and custodian of the State Seal. As the first person in line of succession to the Governor, the Secretary of State also serves in the capacity of Oregon’s Lieutenant Governor.