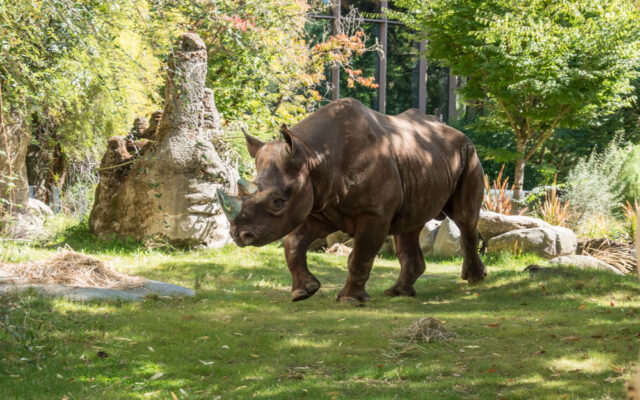 King belongs to the eastern subspecies of black rhinoceros, which is critically endangered.

“We’ve gone from half a million to a few thousand rhinos left in the blink of an eye,” noted U.K. naturalist Steve Backshall. “While those left in the wild are ludicrously precious, the rhinos that are in zoos (which were bred there, born there and cannot ever be released into the wild) are of disproportionate importance to their kind.”

A female rhino is expected to join King in Portland later this fall.