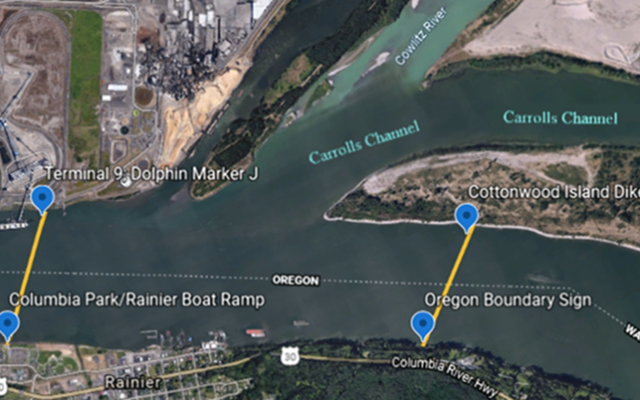 CLACKAMAS, Ore. – Fishery managers from Oregon and Washington adopted recreational spring Chinook salmon and steelhead seasons for the Columbia River today during a joint state hearing. These regulations modify the current rules which are in effect through Feb. 28 downstream of Bonneville Dam and through March 15 upstream of Bonneville.

The lower Columbia River (from Buoy 10 to Warrior Rock) will be open for the first time since 2018. Also, a no-boat-angling bubble will be in effect on the mainstem at the Cowlitz River mouth (as well as Carrolls Channel in Wash.) to provide additional conservation measures for fish returning to the Cowlitz River.

The overall forecasted return of adult spring Chinook to the Columbia River mouth of 143,200 fish is similar to last year’s actual return of 142,500. However, the season-setting process is driven by the forecast for upriver-origin spring Chinook of 75,200 fish, which is lower than last year’s actual return of 81,300. Returns to the Cowlitz, Kalama, and Lewis rivers are projected to meet hatchery escapement goals which allows for opening of the fishery throughout the lower Columbia River.

Columbia River spring Chinook salmon seasons are driven by Endangered Species Act limitations and a management agreement between the states and Columbia River Treaty Tribes specifying the total number of upriver-origin Chinook that can be killed. Therefore, open dates can change during the season if/when guidelines are expected to be met. Always check your Angling Zone in ODFW’s Recreation Report /Fishing Report before fishing to make sure regulations haven’t changed, https://myodfw.com/recreation-report/fishing-report/

Anglers are reminded that the use of barbless hooks is required when angling for salmon or steelhead in mainstem Columbia River waters from the mouth upstream to the OR/WA state line.

The following regulations will be in effect for the mainstem Columbia River:

Spring Salmonid Boat Angling Area Closure:  Boat angling for salmon and steelhead is closed within the Columbia River mainstem adjacent to the Cowlitz River, including all of Carrolls Channel, as described below.

Fishery managers are forecasting 50,000 adult Willamette-origin Chinook will return, which would be an increase from last year’s actual return of approximately 46,000 fish. These rivers will be open under permanent regulations—except two rods are allowed March 1-August 15 when fishing for all species except sturgeon on the lower Willamette River downstream of Willamette Falls (including Multnomah Channel) and in the lower Clackamas River downstream of the Hwy 99 Bridge (just upstream of the confluence with the Willamette) with a valid two-rod validation.

The two-rod validation costs $28 and is also valid in most ponds and lakes in the state. Youth anglers under age 12 may use two rods in waterbodies where they are allowed without purchasing the validation.