SALEM, Ore. — Oregon State Police are reviewing an event involving one of its troopers during a protest at the Oregon Capitol in Salem on July 4th that has drawn criticism.

Video on social media shows a trooper making a hand gesture with three of his fingers to a counter-protester, which many say can be attributed to support of white supremacy.

The agency says it was a misunderstanding and the trooper was flashing the “OK” symbol, asking the man if he was alright after being shoved to the ground by a protester who was arrested. 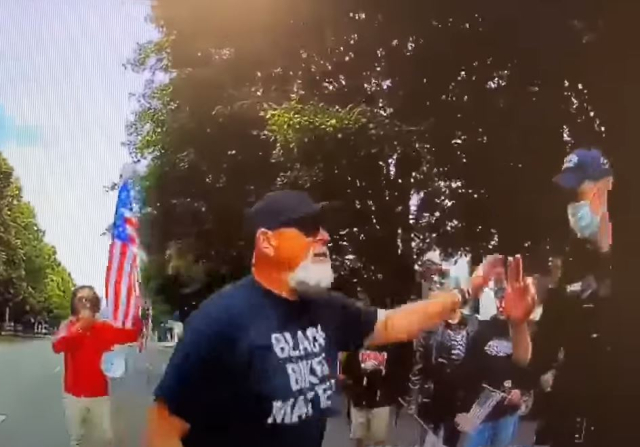 “OSP condemns all racist behavior and ideology, so we of course were alarmed and concerned by the reports… The OSP Trooper identified in the video did not engage in any white supremacy behavior, implicitly or explicitly,” the department said in a statement.

The statement adds: “We appreciate that the public would be concerned and rightfully outraged if an OSP trooper were to flash an offensive gesture.  We would share in that outrage and concern.  In this instance, we would ask the public await the complete information before condemning a trooper with an irreparable and harmful label.”

50-year-old Christopher Davis of Salem was arrested for disorderly conduct and harassment.