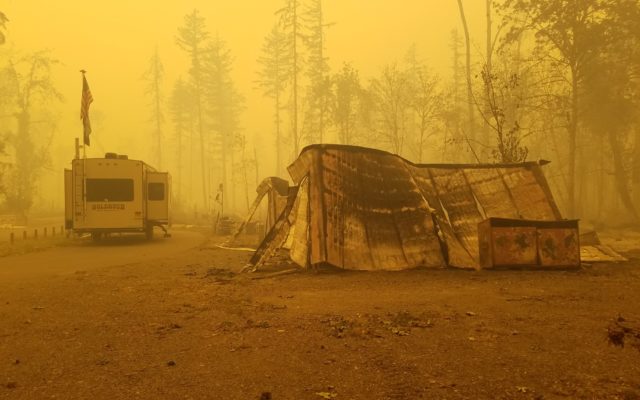 The Oregon Parks and Recreation Department reports that recent wildfires have so far burned 900 acres of state park land.

The agency says most of it is undeveloped forest.

OPRD Director Lisa Sumption said given the scope and severity of the fires, the 900-acre toll was a testament to both luck and extraordinary first responders.

According to a press release “The heavily forested Collier Memorial State Park took the biggest hit, losing some 400 acres of Ponderosa Pines. OPRD Forester Craig Leech said that “although 400 acres is a lot by any estimation, the careful fuel reduction and stand improvement slowed the fire spread enough to be contained before major damage occurred.”

The agency also attached the damage report list below in a recent press release, they do warn that damage is still being evaluated.