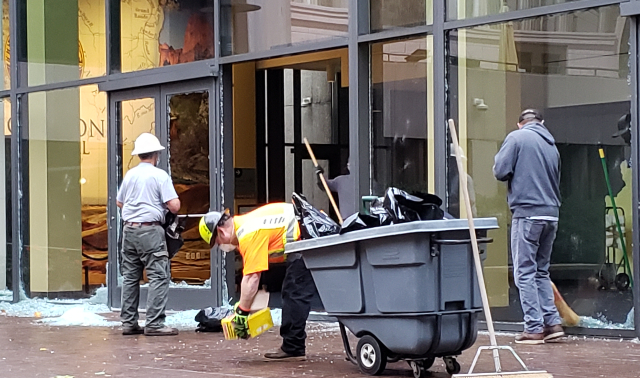 PORTLAND, Ore. — Massive piles of glass were being cleaned up outside the Oregon Historical Society on Monday morning after vandals broke windows and threw lit flares inside on Sunday night.  Two historical statues in the South Park Blocks were also damaged by a crowd that converged downtown for Indigenous Peoples Day of Rage.

The Historical Society took the brunt of the vandalism, and luckily the flares went out before causing significant damage.  Several other businesses were damaged as well.  Police declared the gathering a riot and three people were arrested.

About 300 people gathered around 7:45pm for an event that was advertised as anti-journalist indicating they intended to commit crimes and would attempt to prevent the recording of any evidence.  Many were wearing all black with masks, body armor, helmets and carrying shields.

A statue of Theodore Roosevelt that has stood in Park Blocks since 1922 was toppled when a vehicle was attached to it and the driver hit the gas.  The statue was also marred with graffiti.

Another statue of Abraham Lincoln from 1928 was knocked to the ground near Portland State University and the campus public safety office was also damaged. 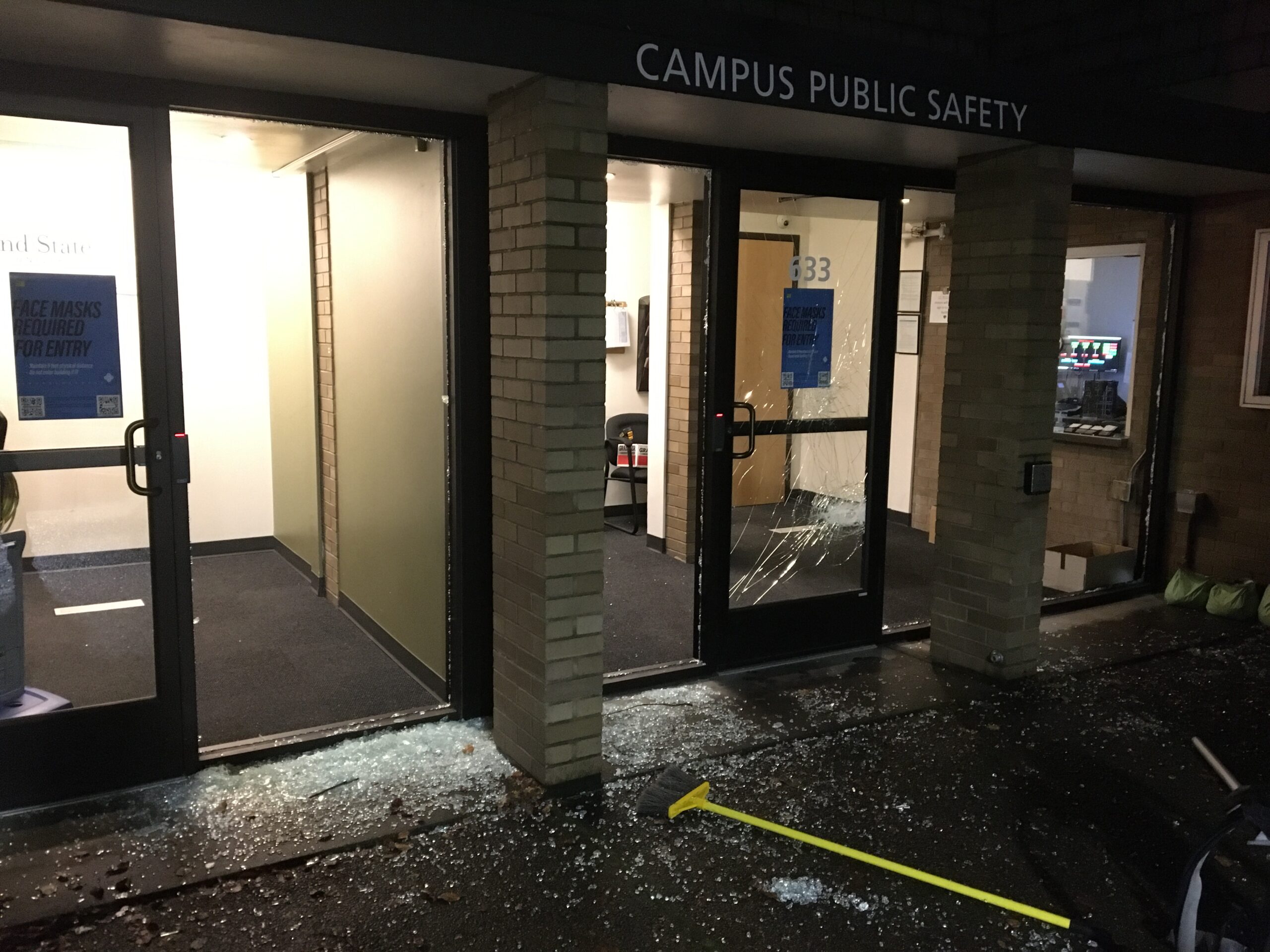 Acts of destruction continued in the area with windows broken and graffiti sprayed at a jewelry store, phone store, bank, two sandwich shops and a coffee shop.  Two bullets were fired through the front windows of a restaurant at Southwest Park Avenue and Columbia Street, landing in the back wall.

One of the people arrested was armed with a loaded pistol.  The driver of the vehicle used to pull down the Roosevelt statue and someone involved in an assault were the other two arrested.  Officers also seized rocks and a hammer.

A quilt created by African American women in 1976 was stolen from the lobby of the Historical Society.  Police found it several blocks away and returned it.  Executive Director Kerry Tymchuck says the quilt is in good shape and just needs to be cleaned.

A homeless man wrote a note to the Historical Society on a napkin and placed a dollar bill with it: “Hello, I’m homeless so I don’t have much to give to you, just some of my bottle collecting money.  But I saw your windows got broken and I wanted to help.  You once gave me a free tour before the pandemic, so this is a thank you.  Love, Oscar.”