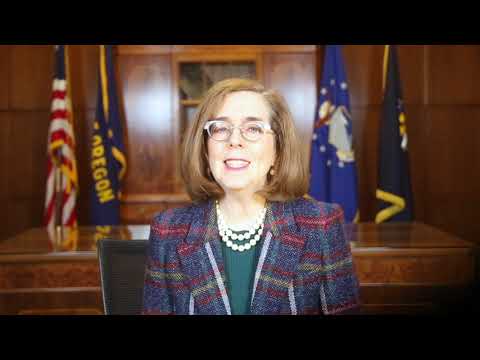 (Salem, OR) — Governor Kate Brown today announced a modification to the process for assigning county risk levels, specifically for counties facing moves back to Extreme Risk. With case rates across Oregon largely declining, beginning next week and continuing until further notice, counties that improved from Extreme Risk to any other risk level in the latest two-week period, and that are facing a move back to Extreme Risk in the next two-week period, will be given a two-week extension at their current risk level. This will allow counties to re-focus efforts to drive back down creeping case numbers, and give local businesses additional certainty on their plans for operating. If, at the end of the two-week extension, case rate data still puts the county at Extreme Risk, the county will move to that level.

“Oregon continues to fare better than most states in the nation with regards to infection and mortality rates, thanks to the smart choices Oregonians continue to make,” said Governor Brown. “Recognizing the challenges businesses encounter when facing a switch back and forth between Extreme Risk and other risk levels, this two-week extension will alleviate some of these challenges and give counties a bit more time to bring case rates down. As always, businesses and community members should continue to make smart choices and follow statewide and county-specific health and safety guidance. We all have a part to play in stopping the spread of COVID-19.”

Counties who are given a two-week extension will be noted in the risk level list that is released when county risk levels are assigned. The next assignment of risk levels will be announced Tuesday, March 9, and take effect Friday, March 12.

This afternoon, Fm News 101 KXL talked with Jason Brandt President and CEO of the Oregon Restaurant and Lodging Association about the change. They released this statement:

Today, Governor Brown announced a change to the Extreme Risk category rules impacting counties who move out of Extreme Risk only to face the prospect of entering back into the category two weeks later due to short-term case counts within county boundaries. View the Governor’s press release.

“We want to acknowledge the importance of this change and this response to our plea for changes to the 2-week rigmarole being experienced by too many Oregon restaurant workers and their families,” said Jason Brandt, President & CEO for the Oregon Restaurant & Lodging Association. “When we hone in on case counts as more counties enter risk categories that allow for indoor dining, the general public are starting to see firsthand what we have been saying for quite some time – indoor dining can work well and can be embraced while also mitigating virus spread in our communities. Whether our hospitality industry is operating in a low-risk county, extreme risk county, or somewhere in between, small businesses need to know what comes next after the risk categories we’ve been living with for months. Similar to the way our state leaders laid out our plans for vaccine deployment for Oregonians, we hope to learn more soon about when our industry will be given the lifeline they need. And that lifeline has everything to do with clarity about operations beyond the current county by county risk assessment system.”

ORLA continues to advocate for a statewide indoor dining policy allowing at least 50% capacity like the vast majority of states across the country followed closely by an elimination of capacity restrictions when every Oregonian who wants a vaccine has access to one.