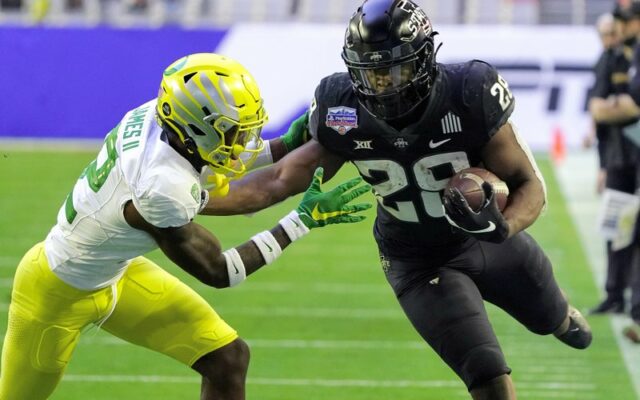 The quarterback juggling act by the Oregon Ducks came toppling down in humbling fashion on Saturday, as the 25th-ranked Ducks lost 34-17 to the No.10 Iowa State Cyclones in State Farm Stadium in Glendale, Ariz.

With Arizona native Tyler Shough starting the game at quarterback and leading an opening drive touchdown, Oregon turned to senior grad transfer Anthony Brown for most of the remainder of the contest.  Brown led an impressive touchdown drive of his own in the first half, but failed to lead a scoring drive in the second  half when the Ducks needed it the most.

Iowa State dominated time of possession, holding the football for a whopping 43 minutes opposed to Oregon having the ball for just seventeen.

Oregon finishes the season 4-3 overall, with a victory in the Pac-12 Championship Game over USC.   Iowa State finishes 9-4.