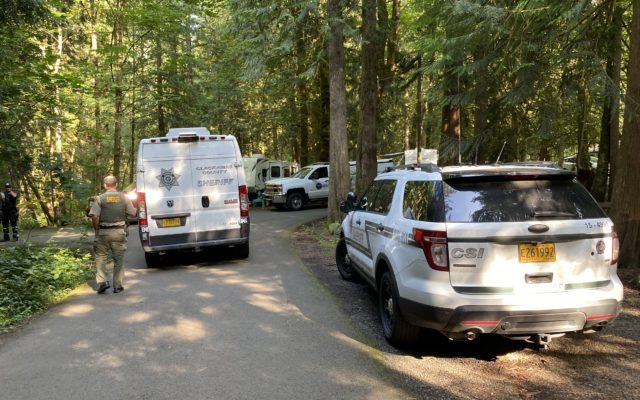 An officer involved shooting that left one man dead and a deputy wounded is currently under investigation in Clackamas County.

Friday afternoon authorities headed to Mt. Hood Village RV Resort in Welches after a family member of the man shot dead said he was having a mental health crisis.

When officers arrived they say they made contact with the 58 year old man.

Authorities say a crisis negotiator was on scene and attempted to calm the situation.

In a confrontation that is still under investigation, authorities say that as now they have determined that deputies tried to subdue the man when he pulled out a handgun.

That’s when one of the responding officers shot the man who was pronounced dead.

In the confrontation a Sheriff’s Office Patrol Sergeant was shot in the arm, his wounds are non life threatening.

The incident is under investigation.