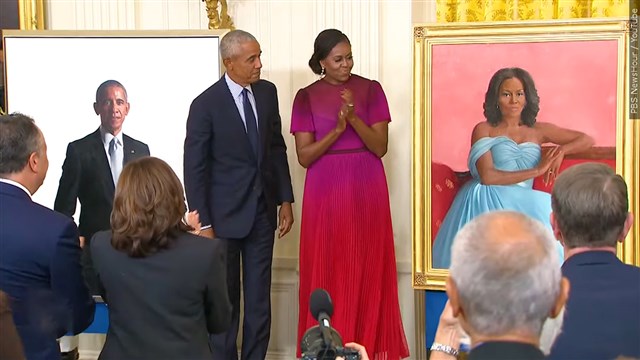 President Joe Biden on Wednesday hosted a ceremony at the White House where America’s first Black president and first lady revealed portraits with a modern vibe.

Obama is seen standing, wearing a black suit and gray tie against a white background.

Mrs. Obama wears a formal light blue dress while seated on a sofa in the Red Room.