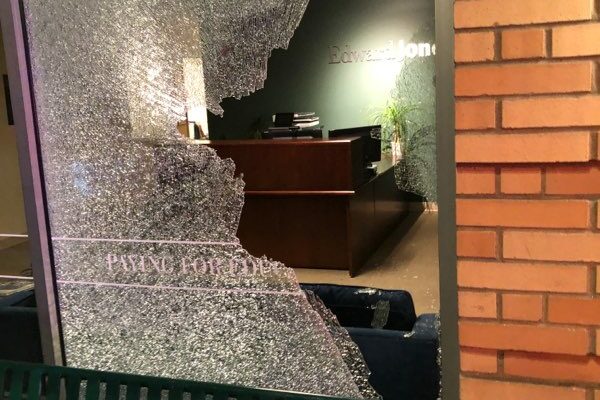 Portland Police declared a riot Saturday night after they say multiple businesses in the Irvington and Lloyd areas were vandalized.

According to Portland Police, “Individuals in the group committed acts of vandalism. Windows were broken out in two different phone stores, a coffee shop, a computer store, a community bank, a hotel, a restaurant (that was open at the time), a financial office, and two realty offices (photos). The destruction prompted the declaration of a riot.

Police say they made announcements over a loudspeaker and that most dispersed by 8:30.

They say no arrests were made, but that acts of vandalism are being investigated.