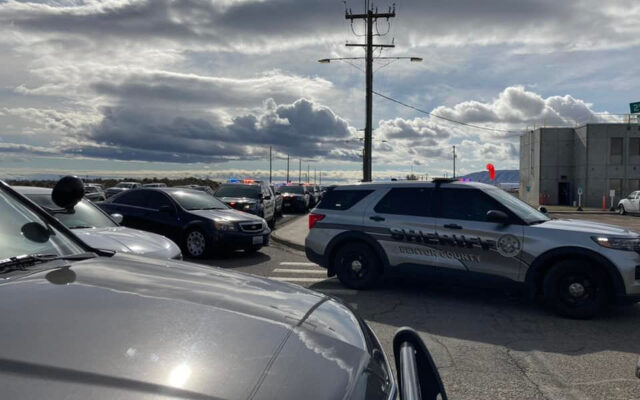 RICHLAND, Wash. (AP) — Multiple law enforcement agencies responded Tuesday morning to reports of shots fired inside a building at the Hanford Site, but authorities say deputies found no evidence of a shooting and had not located any victims at the decommissioned nuclear production facility.

The Tri-City Herald reports employees of the building were evacuated, while others working at the site went into lock down.

Authorities are responding to a report of a possible active shooter in the 200 East area, which is near the center of the Hanford Site. Employees in nearby buildings are currently in lockdown. For more information, visit https://t.co/o11YHxEAkB and click on the orange banner. pic.twitter.com/PeF0jOplOw

Just before 11:30 a.m., the Benton County Sheriff’s office law enforcement had contained the building and was working to clear it.

“Law enforcement will be conducting additional searches of the building,” the sheriff’s office said in a Facebook post.

The 580-square-mile (1,502-square-kilometer) Hanford site, located along the Columbia River, produced almost two-thirds of the plutonium for the nation’s nuclear weapons program from World War II through the Cold War.

Federal officials are spending about $2.5 billion annually on environmental cleanup of the wastes, plus contaminated buildings, soil and groundwater.