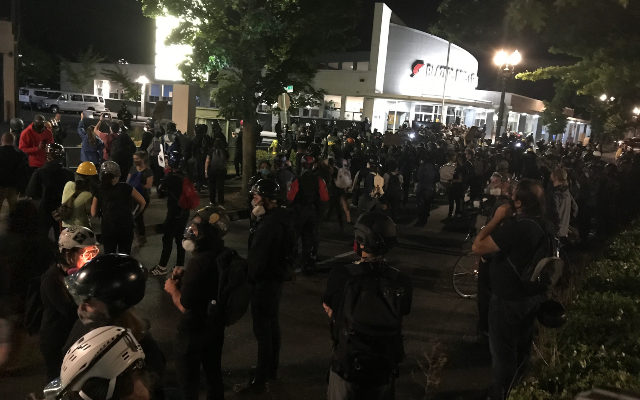 The crowd, some armed with shields, began marching around 9:45pm and blocked traffic.  Police were waiting for the group to show up at the precinct on Northeast Emerson and Martin Luther King Jr. Blvd. following previous attempts to storm the building and set it on fire with people inside.

Protesters chanted and played drums for about an hour.  Police declared an unlawful assembly just after 11:00pm when members of the crowd shined bright strobe lights in the eyes of officers and threw objects including golf balls, ball bearings, rocks, water bottles, potatoes and eggs at them. 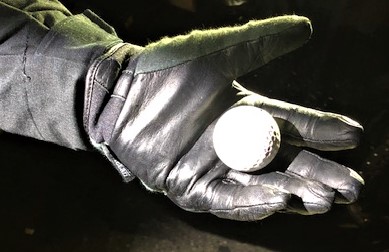 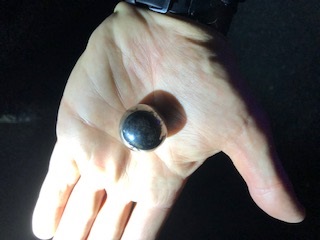 One officer was hit in the face by a ball bearing.  A face shield protected him from serious injury.  Another officer suffered an arm injury during a scuffle.

Police responded to the threats by shooting crowd control munitions, but no tear gas was used.  They warned the crowd to leave or face arrest and possible use of force.

Failure to adhere to this order may subject you to arrest, citation, or crowd control agents, including, but not limited to, tear gas and/or impact weapons.
Leave the vicinity of North Precinct by traveling to the north and/or west now.

Some members of the crowd returned outside North Precinct, but most of them cleared the area by 2:00am.

Nine people were arrested.  Police say one person kicked an Oregon State Trooper and two Portland Police Detectives while being taken into custody.