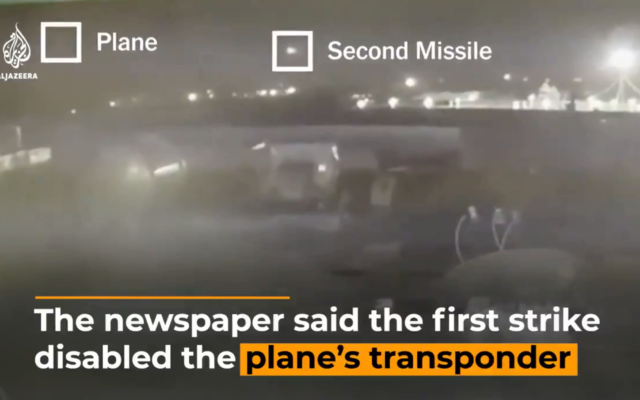 I found a new video of the night a Ukrainian jetliner was shot down over Tehran.  It shows not one, but TWO Iranian missiles hitting that ill-fated aircraft.

The video has been verified by the New York Times.  Al Jazeera English posted it to Twitter on Wednesday.

A new video, verified by the New York Times, claims to show the moment two missiles hit a Ukrainian passenger plane in Iran, killing all 176 on board. pic.twitter.com/zAgwN7qfz8

Apparently Iran is also now admitting it mistakenly shot down the aircraft.

DUBAI, United Arab Emirates (AP) – Iran’s top diplomat has acknowledged that Iranians “were lied to” for days after the Islamic Republic accidentally shot down a Ukrainian jetliner.

The downing of the Ukraine International Airlines flight last week came amid heightened tensions between Iran and the U.S. over its unraveling nuclear deal.

Iranian President Hassan Rouhani meanwhile threatened Europe for the first time by warning its soldiers in the Mideast “could be in danger” over the crisis.