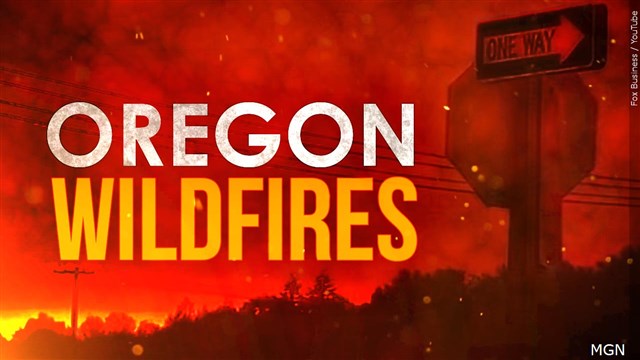 Fire officials hope the boost in manpower and favorable weather conditions will help them get the blaze under control. As of Monday, the fire was 0% contained and had burned 68 square miles (176 square kilometers) in a remote area near the Idaho state line, prompting evacuation orders in some areas.

Sunday and Monday “were really good windows of opportunity as we saw lower temperatures,” said Brian Richardson, a spokesperson for the Oregon State Fire Marshal. “Winds were a lot more calm than what we had seen, especially on Saturday when we saw the significant expansion of the fire.”

The Wallowa County Sheriff’s Office has issued a “Go Now” evacuation alert for the town of Imnaha and south to Freezeout Road, about 20 miles (32 kilometers). Authorities have warned other nearby areas to be ready for a possible evacuation.

Task forces are focusing on protecting lives and structures around Imnaha. Firefighters have cleared brush and bulldozers have cleared vegetation along powerlines on the Imnaha River, the Oregon State Fire Marshal said.

The fire was sparked by lightning on August 30, according to the National Interagency Fire Center.

In southwestern Oregon, firefighters have made headway on the Rum Creek Fire, which was 30 square miles (77 square kilometers) as of Monday, increasing its containment from 12% to 34% through the weekend. But they are bracing for hotter temperatures, drier conditions and gusty winds on Tuesday. The fire was also sparked by lightning.

“That could create the weather conditions for very active fire behavior,” said Marcus Kauffman, spokesperson with the Oregon Department of Forestry. Firefighters are “trying to get the perimeter of the fire as buttoned up as possible,” he said.

Officials may reposition resources to areas that may see fire growth due to warmer conditions, including on the northern side of the Rogue River, Kauffman said.

There are 1,941 firefighters and 25 helicopters tackling the blaze, Kauffman added.

The fire is burning about 20 miles (32 kilometers) northwest of Grants Pass. Six structures, including two homes, had burned as of Monday. Officials in Josephine County have issued evacuation warnings for certain areas.