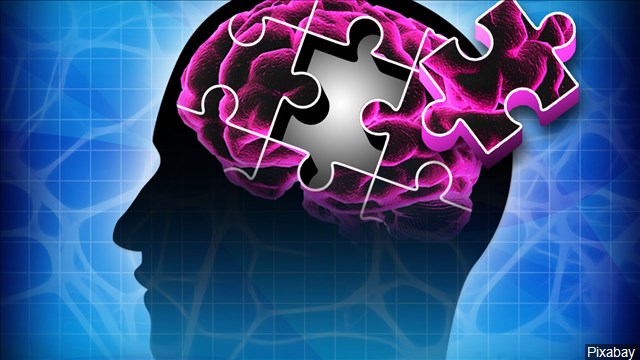 PORTLAND, Ore. – New research shows that those over the age of 60 may be able to reduce the risk of Alzheimer’s disease with a flu shot.

“And in fact, one study found that at least one flu vaccination was associated with a 17 percent reduction in new cases of Alzheimer’s” says the Alzheimer’s Association’s  Dr. Heather Snyder.

And she says that’s not the only progress made in fighting the deadly disease, “Progress in thinking about combining lifestyle and drug interventions, similar to how we treat heart disease.”

Which she says is great news for those suffering from the disease, and caregivers, “More than 16 million Americans provide unpaid care…that’s a staggering number.”

Portland, Ore., October 2020 – The 2020 Alzheimer’s Association McGinty Conference will be held virtually on November 2. Registration is complimentary and open to professional and family caregivers, and the general public.

Now in its 22nd year, the Alzheimer’s Association McGinty Conference is Oregon’s leading research and education event, highlighting Alzheimer’s and other dementias. The conference honors Dr. Dean McGinty—a Portland geriatrician, early advocate for the special needs of those living with dementia and a pioneer in the Alzheimer’s family support movement.

“We are looking forward to this year’s conference in a new format,” said Tracy Morgan, executive director of the Alzheimer’s Association Oregon & Southwest Washington Chapter. “Hosting the McGinty Conference on a virtual webinar platform has provided the opportunity to reach a broader audience. Now, more than ever, caregivers need to know that they’re not alone in the fight against Alzheimer’s.”

Presentations at the 2020 Alzheimer’s Association McGinty Conference will focus on: establishing a caregiver support system, brainstorming creative ways to engage with individuals with memory loss, and planning for legal and financial issues. Participants will also hear an inspirational first-person account of what it’s like to live with an Alzheimer’s diagnosis.

This year’s keynote speaker is Dr. Heather Snyder, vice president, Medical & Scientific Relations, at the Alzheimer’s Association. Dr. Snyder will kick off the conference with the latest and greatest in Alzheimer’s and dementia-related research.

Alzheimer’s is the sixth-leading cause of death in the United States. Nearly one in every three seniors who dies each year has Alzheimer’s or another dementia.

The 2020 McGinty Conference is free and open to the public, thanks to sponsorship by Oregon Care Partners. Oregon Care Partners is a free education resource helping caregivers build the knowledge tools and skills needed to improve the quality of life and care for older adults and people living with Alzheimer’s in Oregon.