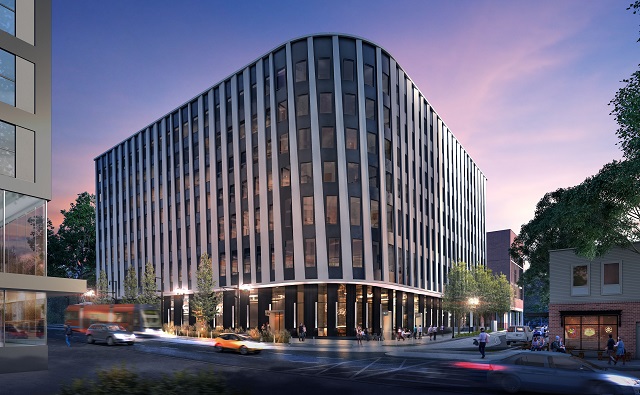 Portland, Ore. – There are new details about a noose that was found at a construction site in Downtown Portland. The noose was discovered at the Fourth and Montgomery building, which will be a shared space for Portland State University, PCC, OHSU, and the city. Lead by PSU, they all released a joint statement calling the “disgusting act of racism,” “heartbreaking and reprehensible.” They add it’s really troubling at this moment, as the nation works to address systemic racism. The noose was found back on May 20th. The lead contractor on the project, Andersen Construction, is helping out. They’re working with police, filed the initial report, launched an independent investigation to find out who did it, and have been supporting their employees who were hurt and impacted by what they call an act of hatred.

Here is the full statement:

June 23, 2020 — A disgusting act of racism was committed at a construction site where our community is coming together to create an inclusive space for education, collaboration and progress.

On May 20 a noose was found in the construction zone at the Fourth and Montgomery Building in downtown Portland, where Portland State University, Portland Community College, Oregon Health & Science University and the City of Portland are building a joint facility. The seven-story, 175,000-square-foot building is expected to be complete this fall.

This act of hatred is heartbreaking. It is reprehensible. And it is particularly troubling at a moment when our country seems to be waking up – finally – to the legacy of slavery and our collective failure to address anti-Black racism. Incidents like this one, and similar incidents happening around the country, remind us how deeply racism is embedded in our culture and how far we have to go to attain justice for Black Americans.

Since we were notified on June 9, building owners have been actively involved in reviewing the response taken by the lead contractor, Andersen Construction, to this disturbing incident. The company has committed to doing everything possible to identify and hold accountable the responsible parties, as well as preventing future acts of racism. Steps taken by Andersen so far include – but are not limited to – filing a police report with the City of Portland, launching an independent investigation, offering support to impacted employees and scheduling mandatory respectful-workplace training for all craftspeople.

As partners in this project, it is our obligation to promote accountability and transformation. Over the past month, a justice movement has taken root to dismantle racism and its cumulative effects in the health, safety and prosperity of Black Americans and our Indigenous communities, Latinx communities and all communities of color. We, as leaders, recognize the country’s long-standing history of racial violence, intimidation and systemic oppression. Each of our organizations is deeply committed to ensuring a safe and inclusive workplace.

Together, we will make it clear that racism is not welcome in the building at Fourth and Montgomery – or anywhere else in our community.

Read more about the buidling:

The seven-story Fourth and Montgomery Building is slated for completion in fall 2020 at SW 4th Ave. and SW Montgomery St., a former parking lot in the middle of campus donated by Prosper Portland for the project.
The building project is a partnership between PSU, the City of Portland, OHSU and Portland Community College. It will house the OHSU-PSU School of Public Health, PSU’s College of Education, PCC’s dental hygiene and dental assisting programs, and the City of Portland’s Bureau of Planning and Sustainability.
At 175,000 square feet, the building will also have a dental clinic and low-cost mental health services for the public, and will feature ground-floor retail and restaurants.
Mayor Ted Wheeler characterized the project as vital to Oregon higher education and an unprecedented collaboration between the city and Portland’s three public higher education institutions.
“This is unlike any other partnership that I have been engaged in,” Wheeler said. “(This project) will connect workforce development, educational and economic opportunity, and it’s going to serve all Portlanders.”
Wheeler added that the unique partnership between the four entities will serve as a template for future partnerships to spur economic opportunity for Portland.
PSU President Rahmat Shoureshi said he was excited about having a permanent home for the OHSU-PSU School of Public Health, saying that it “exemplifies our universities’ dedication to equity and providing opportunities, hands-on learning and research.”
OSHU President Danny Jacobs agreed, saying “We have to train our future providers differently. Now it’s more important than ever. Our School of Public Health needs a home, and here we are.”
PCC President Mark Mitsui noted that part of the funding comes from voter-approved bonds. “This project is an example of how local investment in higher education can open doors and create incredible opportunities,” he said
The project is backed by $51 million in state bonds, approved by Gov. Kate Brown in 2017. Besides state bonds, the building will be financed jointly from PSU, OHSU, PCC and the City of Portland. Additionally, education advocates and philanthropists Christine and David Vernier donated $1 million to the College of Education to create a fully equipped STEM training classroom in the new building.
The Fourth and Montgomery Building will be located across the street from PSU’s Academic and Student Recreation Center.
OHSU-PSU School of Public Health was created in July 2016 to educate the next generation of public health leaders to confront and combat the underlying causes of health disparity throughout Oregon. The school is currently housed in multiple locations at PSU and OHSU and has enrolled more than 1,200 undergraduates and 250 graduate students pursuing degrees in 16 public health programs.
PSU’s College of Education prepares more K-12 teachers, administrators and educators in Oregon than any other institution in the state. The school also trains mental health counselors and houses a community counseling clinic that provides low-cost mental health services to more than 1,100 people a year. It has been located in temporary space since the School of Business Administration renovation and expansion began three years ago.
PCC’s dental programs and dental clinic will move from the Sylvania Campus to the third floor of the Fourth and Montgomery building. Relocating are Dental Assisting and Dental Hygiene, both high-demand specialties. Between these two disciplines, PCC is capable of educating
more than 100 students annually. Its dental clinic serves as a teaching facility for students and offers low-cost oral healthcare services to about 2,000 patients a year. 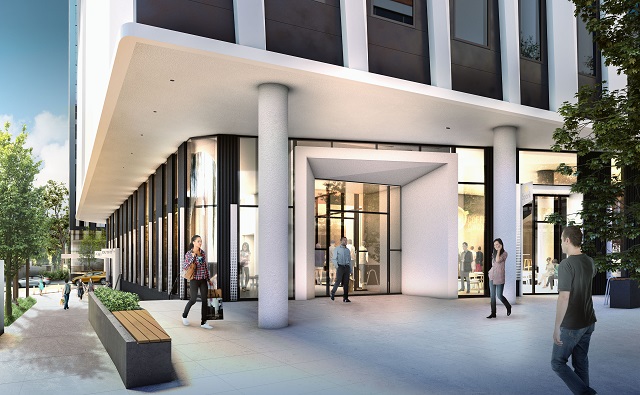