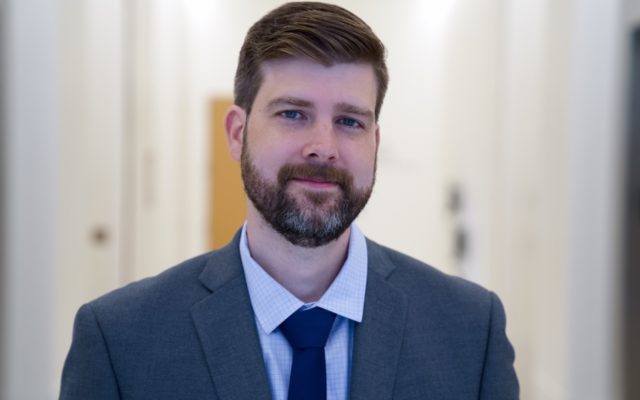 Multnomah County’s new top prosecutor says he remains open to dropping charges against those arrested in connection with nightly street clashes in downtown Portland and elsewhere.

However, he offered much more about his thinking as I sat down for an in-depth interview.  I’m airing that interview, in segments, on Portland’s Afternoon News this week.

Here is a brief introduction to the 39-year-old District Attorney Mike Schmidt;

When speaking of the nightly street clashes in Portland, Schmidt says, “There are people who have gone beyond the pale, but at the same time people are expressing their pain and aggravation with the fact things have not changed for a very long time.”

He goes on by saying, “Sometimes these things have to happen in order to get our attention.”  He then referenced the famed Boston Tea Party which paved the American Revolution.

It suggests to me Schmidt’s laid out the very exit route some rioting suspects might look to as they approach their legal cases.

“I don’t belong in jail, I was just expressing my pain and aggravation at the system!”

Now, Schmidt says the rioting, burning, and barricading that hit the downtown Portland justice center back in June was, “not acceptable”.

He says inmates lives were put at risk as well as law officers and bystanders.  Again, it suggests the kind of behavior he will address through fear of criminal punishment.

But more to the point, Schmidt says he will seek to answer a single question as he approaches each rioter’s case;

Will prosecuting this case increase public safety or not?

Some might accuse the new D.A. of “copping out” on that point, but it’s certainly a genuine answer.  While we would always hope and expect the top prosecutor to consider each and every case as seriously as the next, we must also understand that a shortage of resources at the D.A.’s office (both human & financial) means a greater need for close scrutiny (to save resources).

Make sure to tune into Portland’s Afternoon News at 4:49 p.m. (PDT) for this and other in-depth discussions as we continue to navigate this historic time!