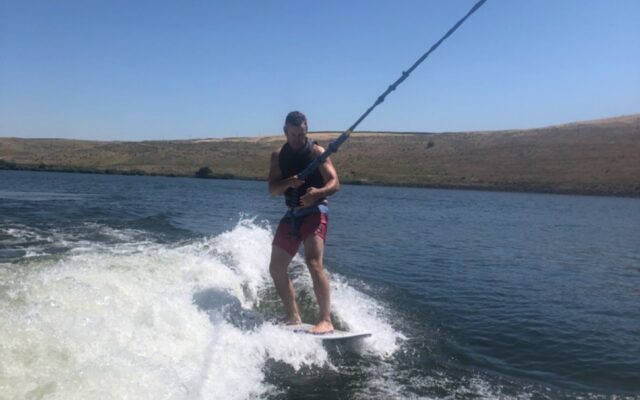 SALEM, Ore—UPDATE: As of May 1,2021 new rules go into effect that will strict parts of the river to wake surfing, water-ski and tow your kids on tubes.  The board admits the decision was difficult.  It spend 15 months review thousands of pages of input.  It was pressured by boating groups environmentalists, city state and legislative leaders.  OSMB does anticipate some groups could take legal action.  Josh Mulhollem with the board says,”Anyone unhappy with the new rules may petition the board.”  He expects the new rules to remain as they are at least for a year before any changes could happen.

Oregon  State Marine Board at its quarterly meeting January 27th will make a decision on whether all towed sports will be banned or restricted on the Willamette River from downtown Portland to Willamette Falls in Oregon City. The sports include tubing, water skiing and wakesurfing. 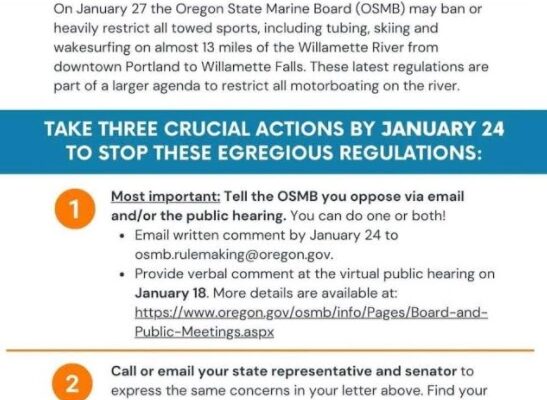 Pro boating groups believe this is part of a bigger agenda to eventually restrict all motor-boating on the river. Groups like the Willamette River Community Coalition encourage anyone who wants to keep boating freedoms to encourage your friends and neighbors to get involved by posting a letter of support for the treasured recreation on social media.  You are also urged to contact your local representatives.   Reach out to the Oregon Marine Board with questions and comments. You can view the quarterly meeting on the OSMB youtube Channel beginning at 8:30 AM. The agenda item addressing the river use is late in the agenda.