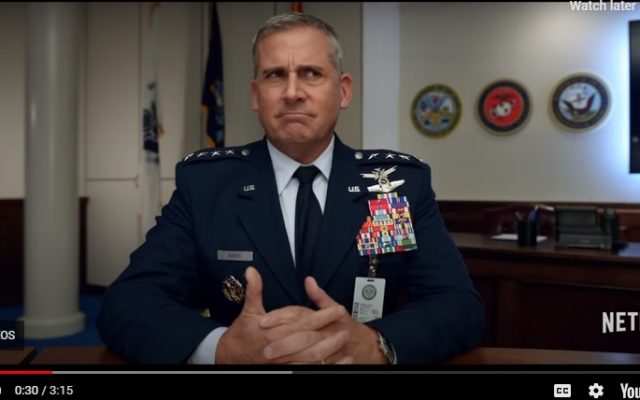 We need all the laughs we can get these days, but a new effort at political satire could really ruffle some feathers.

Netflix is rolling out this new series called “Space Force”, starring Steve Carrell as a rather hapless military leader placed in charge of developing the nation’s first so-called Space Force.

I happened to catch the new trailer on YouTube and it packs plenty of funny, but…as I mentioned – it could create quite a stir among die-hard Trump loyalists all the same.

Netflix and Carrell bring in award-winning character actor John Malkovich as well.  He co-stars as the “brains” behind the operation.

Ben Schwartz is the trusty media relations man on the team.

The cast also boasts other stars like Lisa Kudrow (Phoebe from “Friends”), the late Fred Willard, Roy Wood Jr. and Noah Emmerich, among others.

Naturally, it’s a direct shot at President Donald Trump and his supporters who cheered the formation of the nation’s real U.S. Space Force.

The show begins streaming on Netflix May 29th.