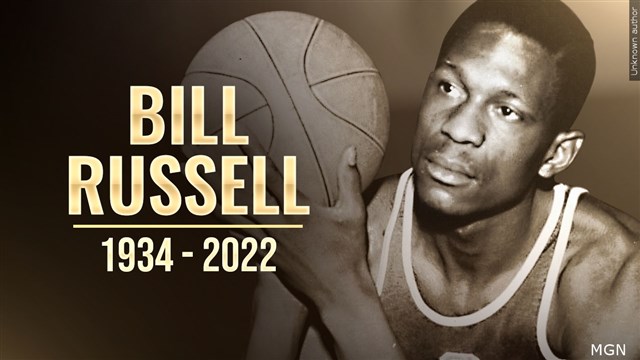 NEW YORK, NY. (AP) – Bill Russell’s No. 6 jersey is being retired across the NBA.

The league and the National Basketball Players Association made the announcement Thursday, permanently retiring the number worn by the 11-time champion, civil rights activist and someone good enough to have been enshrined in the Basketball Hall of Fame as both a player and a coach.

Russell becomes the first player to have his number retired leaguewide.

And the NHL retired Wayne Gretzky’s No. 99 in honor of that sport’s all-time scoring leader.

The NBA and NBPA announced today that they will honor the life and legacy of 11-time NBA champion and civil rights pioneer Bill Russell by permanently retiring his uniform number, 6, throughout the league.