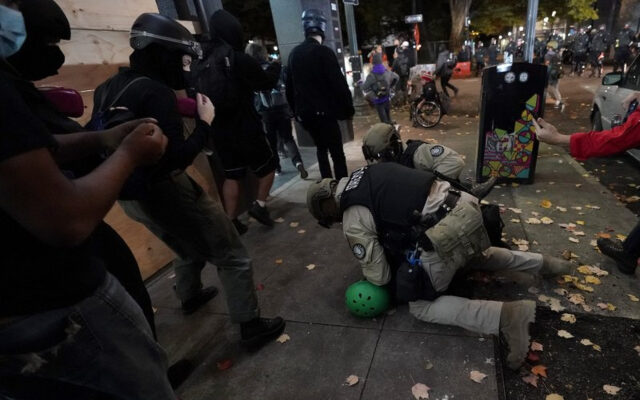 PORTLAND, Ore. — 12 people were arrested and a stash of weapons was seized when groups of protesters marched through downtown Portland smashing windows, spraying graffiti and vandalizing property at small businesses, retailers, restaurants, and places of worship and service on Wednesday evening.

“I find it beyond comprehension that anyone would continue to think that the destruction of our small businesses in downtown Portland is somehow acceptable or represents the exercise of free speech.  These destructive acts of political violence, must stop now,” said Andrew Hoan, President & CEO, Portland Business Alliance.  “I hope every elected official will react and denounce this reprehensible behavior, just as vehemently as when our beloved Oregon Historical Society was attacked.”

The victims include Wildfang at Southwest 10th and Harvey Milk Street, which apparently took the brunt of the damage. 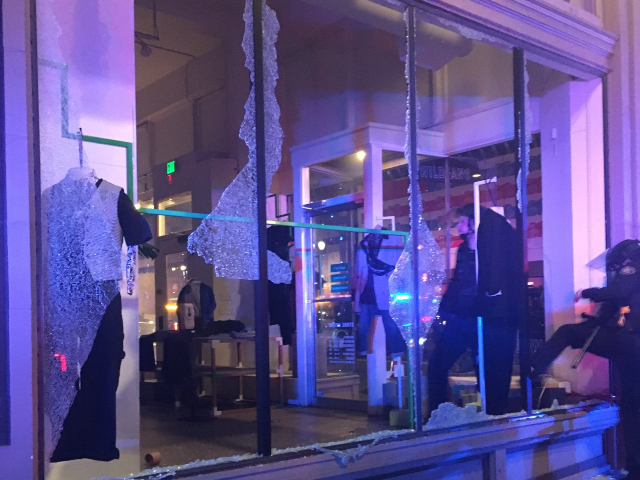 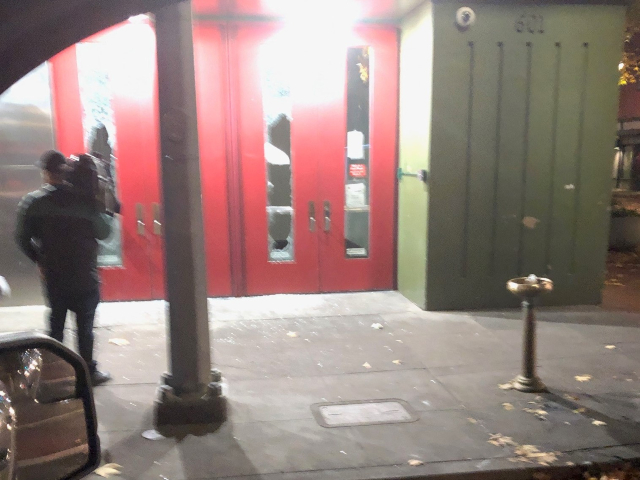 Due to “widespread violence”, the demonstration was declared a riot before 7:00pm and the Unified Command announced that Governor Kate Brown had activated the Oregon National Guard to help with crowd control.

There were two groups; one at Revolution Hall in Southeast Portland that marched over the Morrison Bridge into downtown; and another in the north park blocks that joined up at Waterfront Park.

About 100 people marched from Skidmore Fountain through downtown along West Burnside Street, leaving a trail of damage. 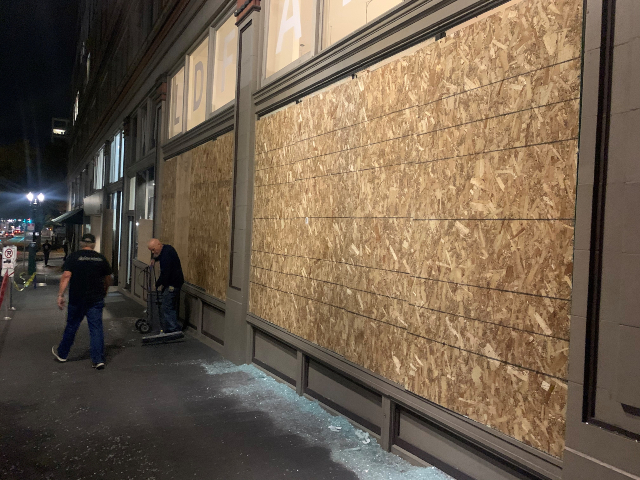 As law enforcement moved in, items were thrown at them.  Reports of a molotov cocktail turned out to be a firework.  23-year-old William Beecher was arrested for throwing the firework.  He was charged with Possession of Loaded Firearm, Riot, and Disorderly Conduct II.  Beecher was found to be in possession of a loaded rifle, several loaded magazines, a knife and more fireworks.  He was also wearing a ballistic vest.

After police disengaged and announced the gathering was no longer a riot, the large group broke up into smaller groups.  They gathered in Lownsdale and Chapman Square Parks, blocked traffic at Southwest 3rd and Main and lit a small bonfire around 9:00pm.

The crowd moved through the downtown area for the next few hours causing more property damage and throwing glass bottles at officers.

Oregon State Police stopped a vehicle without license plates that they say was interfering with traffic.  The driver, 29-year-old Wesley Fant, had a handgun and body armor.  He was arrested for Unlawful Possession of a Firearm.

Multiple guns, ammunition, a knife, fireworks, body armor and gas masks were seized from those arrested.

The remaining arrests include:

The crowd dispersed around 1:30 on Thursday morning.