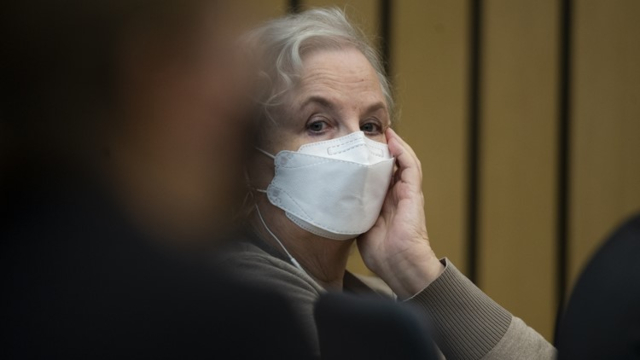 PORTLAND, Ore. — Nancy Crampton Brophy on Monday morning was sentenced to life in prison with the possibility of parole after 25 years in the murder of her husband, 63-year-old Daniel Brophy.

Daniel was shot twice; once in the back and once in the chest early on the morning of June 2nd, 2018 at the Oregon Culinary Institute where he was a chef and instructor.

According to investigators, Crampton Brophy murdered her husband over a nearly $1.5M insurance policy.  The prosecution says 10 different life insurance policies were taken out with Nancy as the beneficiary and argued the couple had serious money problems, struggling to make their monthly mortgage payments.  The defense argued the couple did not have lingering money issues and that Nancy loved Daniel too much to murder him.

A jury on May 25th returned a unanimous guilty verdict against the 71-year-old romance novelist following a trial that lasted nearly two months.

Surveillance video from across the street shows her minivan circling the area during the 13 critical minutes around the time Dan was killed.  After denying it was her, Nancy admitted to being in the area at the time, but told jurors that she did not kill her husband.

Crampton Brophy did not speak before her sentencing, but she did take the stand in her own defense.

Jurors heard from law enforcement, family members, friends of the Brophy’s, doctors and an inmate who had been incarcerated with Crampton Brophy.

At the beginning of the proceedings, the judge tossed out a blog post that Nancy wrote 11 years ago on “How To Murder Your Husband”, saying the information was too old.  Both sides agreed.

Brophy’s trial lasted seven weeks.  It was delayed for nearly two weeks due to a COVID exposure with an alternate juror put in place.